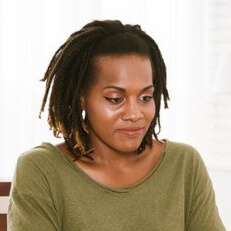 Botswana is one of the main tourist destinations in Africa. Rich in tourism resources, it is a country with a large number of wild animals in Africa. The government designated 38% of the country's land as wildlife sanctuaries, and established 3 national parks and 5 wildlife sanctuaries. Chobe National Park and Okavango Delta Wildlife Sanctuary are the main tourist spots.

In addition to diamonds, there are also herds of elephants, wandering cats, and a large number of birds everywhere. It is an animal carnival!

Here you can choose to camp, cross-country driving and photograph pure stars on grassland or desert.

The park is famous for its large herd of elephants and is known as the "Land of Vientiane". You can experience a field tent in the park and watch wild lions up close. In addition to elephants, there are many other wildlife in the park, including giraffes, lions, rhinos, zebras, leopards, antelopes, and hyenas. There are crocodiles, hippos, ospreys, small blue kingfishers, ostriches, wild ducks and flamingos in the rivers and marshes. There are more than hundreds of species of birds and beasts.

The Kalahari Desert covers an area of about 1 million square kilometers and is the second largest desert in Africa after the Sahara Desert. But since it has not been unspoiled, it still maintains the most primitive ecological environment. It is also one of the most difficult areas in the world to survive, but there are still tenacious lives that continue to breed here, such as lions, spotted hyenas, leopards, antelopes, zebras, giraffes, black-backed jackals and other wild animals as well as local resident.

Moremi Wildlife Sanctuary is home to nearly 500 species of birds and is a paradise for birds. African Osprey, Peacock Blue Kingfisher, African Shear-billed Gull, Bee-eater, Purple-breasted Dharma Monk, Goshawk... At the same time, there are many wild animals hidden here, such as hippos, buffalo, impala, etc.

Best Places to Visit in Botswana

We Are Guides in Botswana 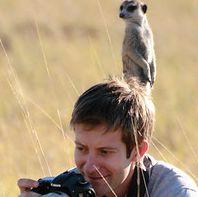 December to April of the following year: the rainy season, the road is not easy to walk, and it is relatively unsuitable for travel.

Botswana's international transportation is not very convenient, but it is connected by air or land to neighboring South Africa, Namibia, Zambia and Zimbabwe. You can choose to transfer in cities such as Johannesburg, South Africa, or Addis Ababa, Ethiopia, to Gaborone, the capital of Botswana.

Since November 24, 2018, Botswana has implemented a visa-on-arrival policy for global tourists, which has greatly shortened the one-month visa waiting period as before.