Discover Most Popular Places for Birdwatching and Birds Photography in Asia

Most Popular Places for Birdwatching and Birds Photography in Asia

Most Popular Places for Birdwatching and Birds Photography in Asia 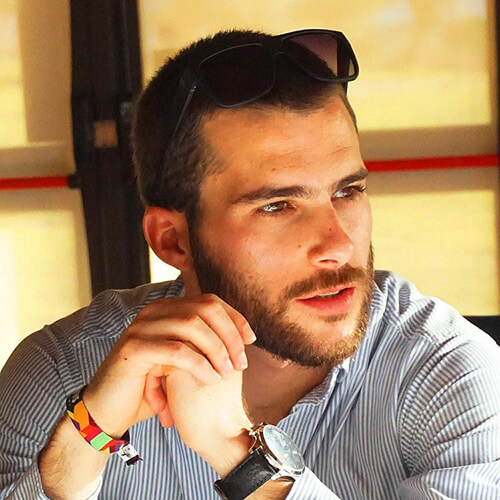 If you are thinking of going Asia for birdwatching or birds photography, these places are high chances to complete your list.

This park is one of the best bird watching destinations in southern Thailand. It's also the hornbill capital where sightings are actually common and a great place to see a wide variety of exotic tropical birds. Close to 400 species reside in the park and paddling the reservoir is a good way of bird watching and birds photography. 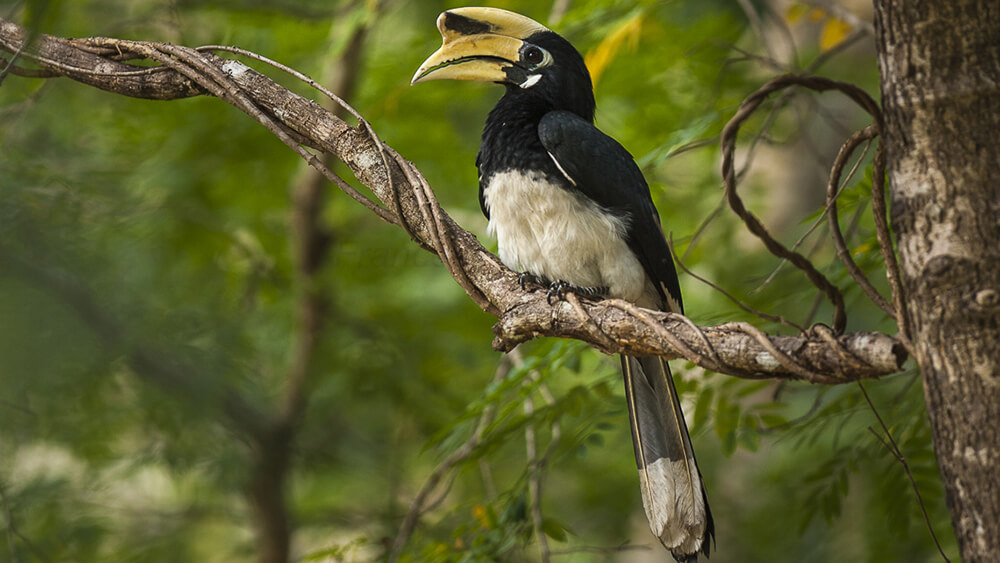 Doi Inthanonis the highest mountain in Thailand, which has its summit 2565 metres above sea level. It is located in Chiang Mai province.

Birds seem to be in greater densities here than in many other locations in Thailand, meaning that this is an ideal place to see a large number of species in a short space of time and one of the most memorable locations for bird watching in Thailand. 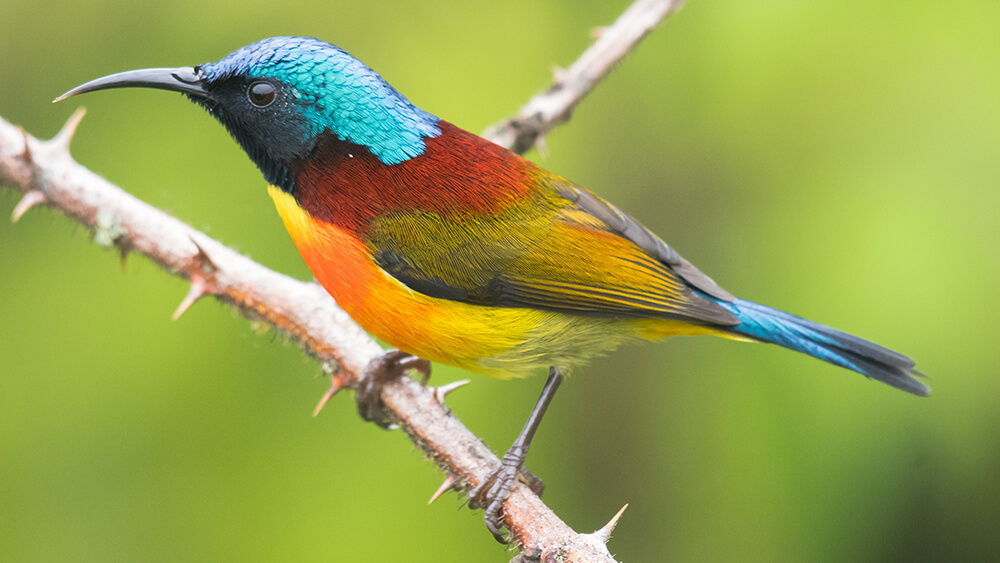 This former tin mining hill station also plays host to the annual Fraser’s Hill International Bird Race which brings together avid birdwatchers from around the world to spot, identify, and record as many different species of birds as they can. It’s a fun event for bird and nature lovers – and a great day out for the family. 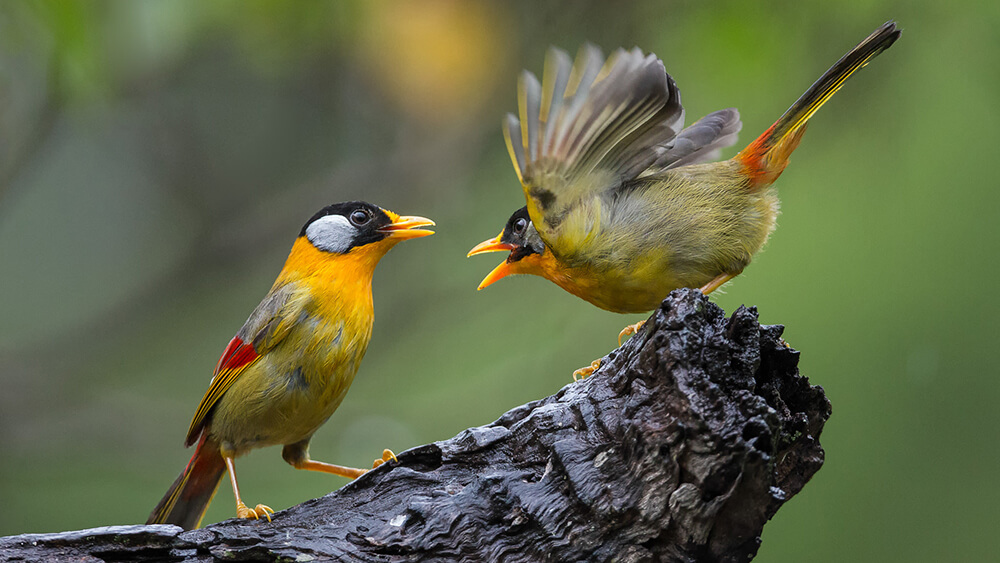 Taman Negara is one of the prime birding spots in the region, thanks to its large concentration of birds (over 450 species). If you are lucky, you can spots gems like the Malaysian Peacock Pheasant, the elusive Great Argus, Crested Fireback and Helmet Hornbill. Though birds are easy to spot the moment you enter Taman Negara through Kuala Tahan, especially on the boat taxi across the Tembeling River, there are a number of trails that birders must venture to get a good take on what the park has to offer, including the popular Jenut Muda Trail, Berkoh Waterfalls, Forest Loop Trail, Swamp Loop Trail, Tahan Hide Trail and the new Hornbill Valley trail. 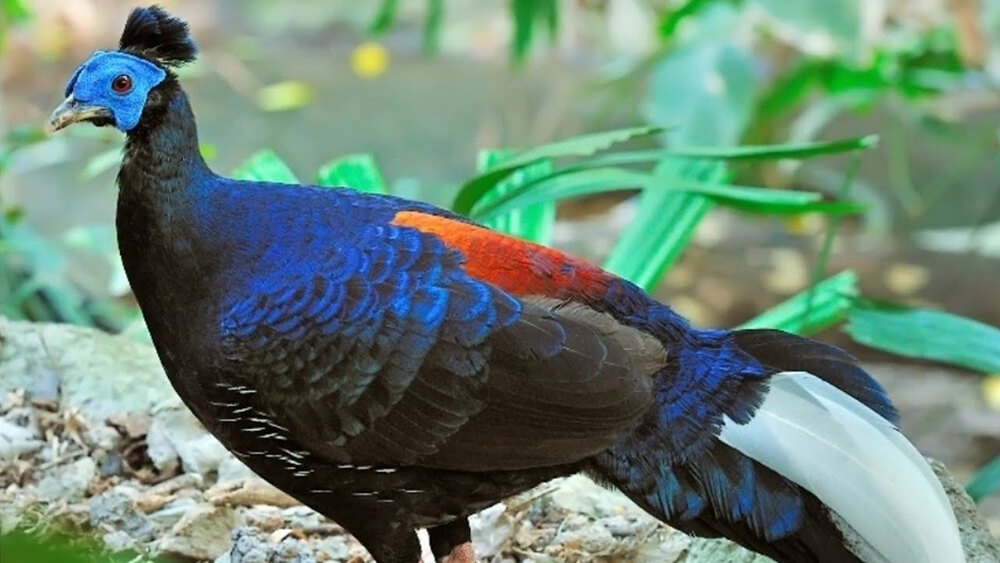 The northernmost main island of Japan, Hokkaido is sparsely populated and mostly still in its natural state. This makes it one of the best places in all of Japan to view a wide variety of bird species. For many bird watchers, Hokkaido is the destination.

There are many different places to go, but one that really stands out is the Kushiro marshes. A place for rare and nearly extinct birds, a massive conservation effort has yielded considerable results. This includes the famous red-crowned crane.

February and March to see the incredible mating dance of the red-crowned crane. The bird most associated with Japan, the mating dance is something to behold.

Bird Species: Aside from the red-crowned crane, there are many different bird species that visit the island during migration season. 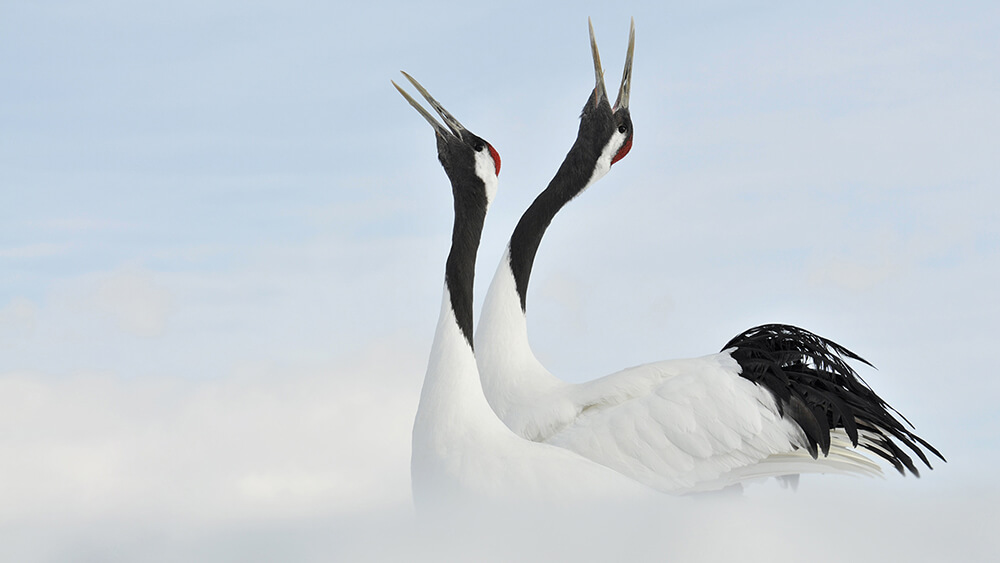 Hundreds of exotic bird species live naturally in this national park in Central Sulawesi, over 50% of which are endemic to Sulawesi. No need to scour the massive natural reserve, as the best bird watching is concentrated in an area around Lake Tambing and Anaso Track. Just walking around the lake will almost guarantee you encounters with the Blue-fronted Flycatcher, Malia, Cerulean Cuckooshrike, and if you’re lucky, the shy Great Shortwing and Maroon-backed Whistler. The Anaso Track lies upwards and further into the jungle. As you walk further upwards, you can see the bird habitat changing slowly, with the chance to spot Satanic Nightjars, Geomalia, and Great Shortwing after about 2-3 km. 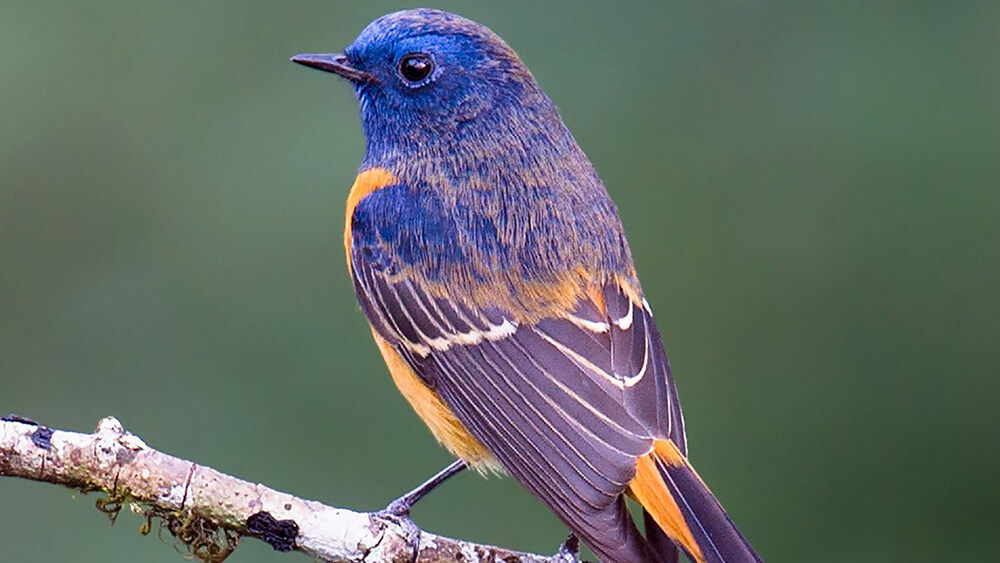 Sulawesi is one of Indonesia’s birding frontiers, and Tangkoko is arguably the most prominent and straightforward nature reserve on the island to bird watch. Located about one hour’s drive from Manado, North Sulawesi, this spot is home to a rich ecosystem of wildlife, from plants to animals, including exotic bird species. The endemic species in this nature reserve includes the elusive Maleo birds, Spot-tailed Goshawk, Pygmy Hanging Parrot, and Sulawesi Nightjar. The area is as alive at night as it is by day, when Minahassa Owls, Speckled Hawk-Owls, and other nocturnal birds emerge from the shadows. 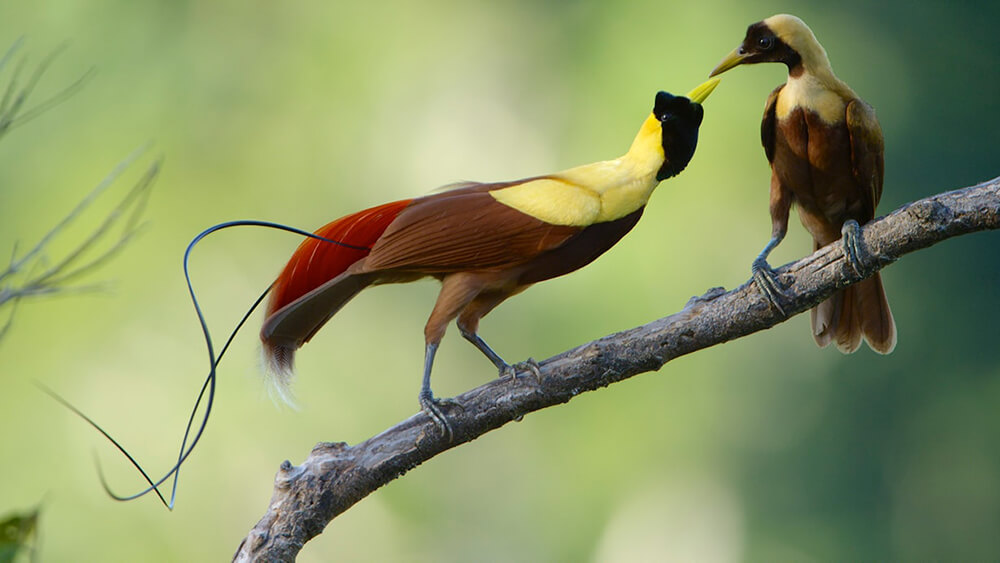 Caohai, the largest natural plateau freshwater lake in Guizhou province, is one of the most popular birding spots in the world. Owning great ecosystem of plateau wetland, Caohai is an important habit for black-necked crane, which is one of the world’s rare waterfowls.

The water here is shallow and clear, as there are mainly silt at the bottom of Caohai, more varieties of water plants can be found here. Each year, more than 200 species of migratory birds will spend the winter in Caohai. The best bird-watching time is from December to the next March. 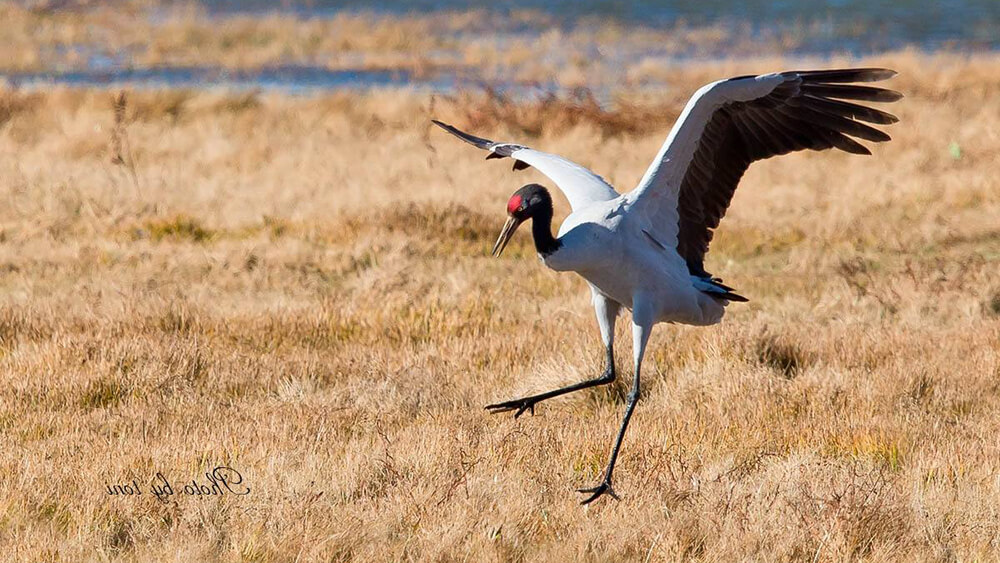 Qinghai Lake is well-known as the largest inland lake in China. Bird Island on Qinghai Lake is a spectacular wonder on the plateau, with mild climate and fine natural environment. It is a unique bird breeding place in Asia, ranking the top among the eight largest bird sanctuaries in China. Lots of bar-headed geese, cormorants and seagulls will breed on the island every spring.

Usually, the best bird-watching season is from May to July. At that time, a total of about 160,000 different birds migrate to live on the islands. If you’re interested in watching Whooper Swan, the best season is between November and the next February. 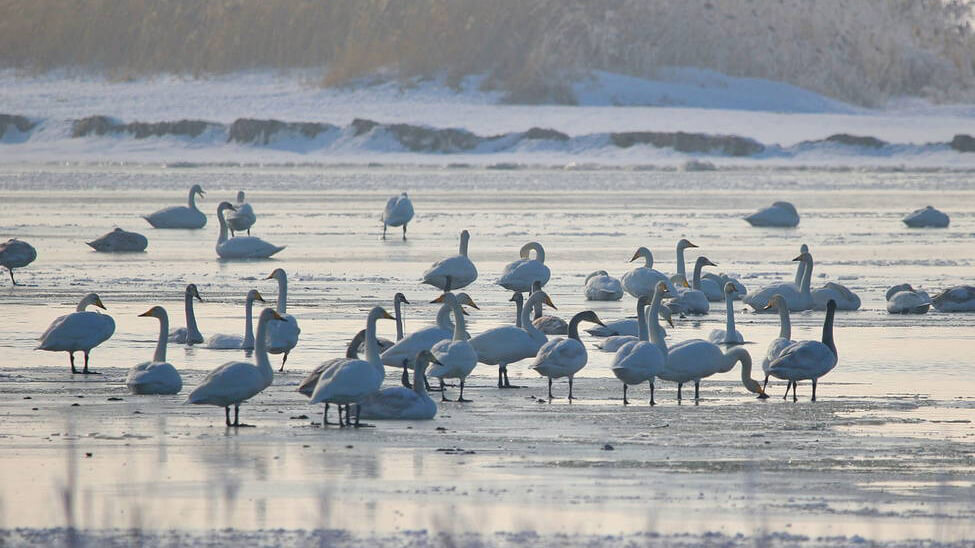 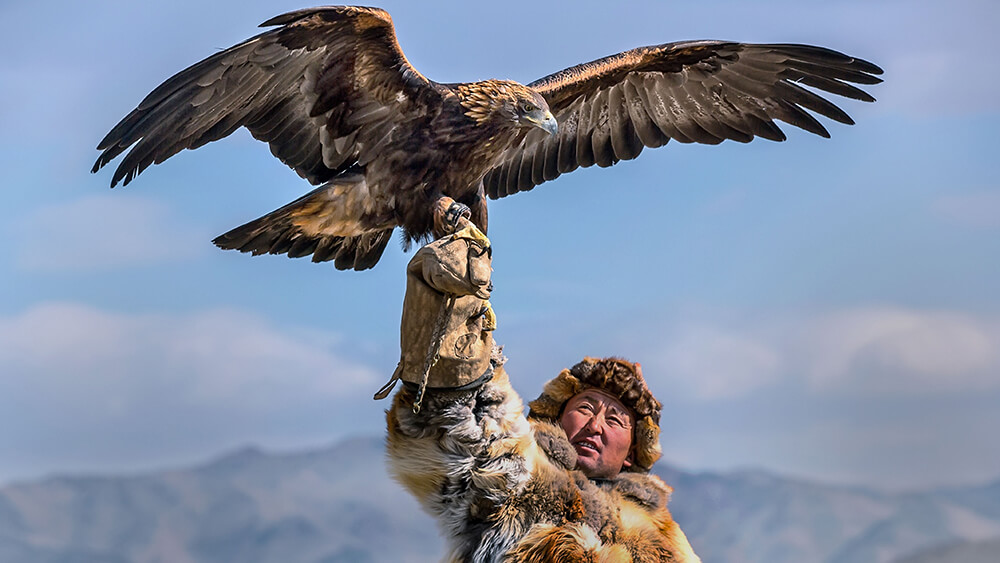 Find a local birding guide: We Are Guides in Thailand, Japan, China

Austin LovetteBirding expert and wildlife photographer, lived in Asia for 10 years
We think you might also like