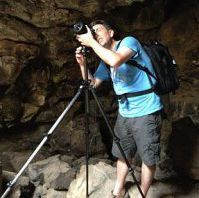 Professional, award-winning photographer Cam Fischer has been shooting and sharing his vibrant, captivating images since he began his photography journey. Cam is a graduate of the prestigious New York Institute of Photography, and is also a member of PPOC (Professional Photographers of Canada).

As Cam continued to study the art and explore his own creative capacity, his interest in photography continued expanding to capture exceptional and exquisite landscapes.

In early 2014, he became accredited with the Professional Photographers of Canada (PPOC) in Pictoral (Landscape) and went on to have several images accepted at the National Image Salon competition. In 2015, Cam not only had work accepted at the PPOC national photo competition, he also achieved a Merit score.

As Cam continued to expand his skill and love of photography, he began exploring architectural photography, later earning him the Alberta 2014 PPOC “Best In Class” award for architecture.