"International Dark Sky Reserve" is also called "International Starry Sky Nature Reserve". It has been recognized by UNESCO and its origin is Tekapo, New Zealand.

The International Dark Night Society was established in 1988 and is headquartered in Tucson, Arizona. The founders are astronomer David Crawford and doctor Timothy Hunter.

Its mission is to preserve and protect the night environment and dark night heritage through high-quality outdoor lighting, let the public understand light pollution, improve their understanding of dark night, and protect and restore the starry night sky.

Here are the world's top 13 star-gazing destination, they are also amazing places for milky way photography.

The starry sky of Namibia is a gold-level dark starry reserve recognized by the United Nations.

If you have ever longed to see all the deep, sparkling glory of the Milky Way, then you can add an open-air accommodation option in the NamibRand Nature Reserve.

NamibRand is one of the largest and most accessible private nature reserves, making it one of the best places for stargazing in Africa. 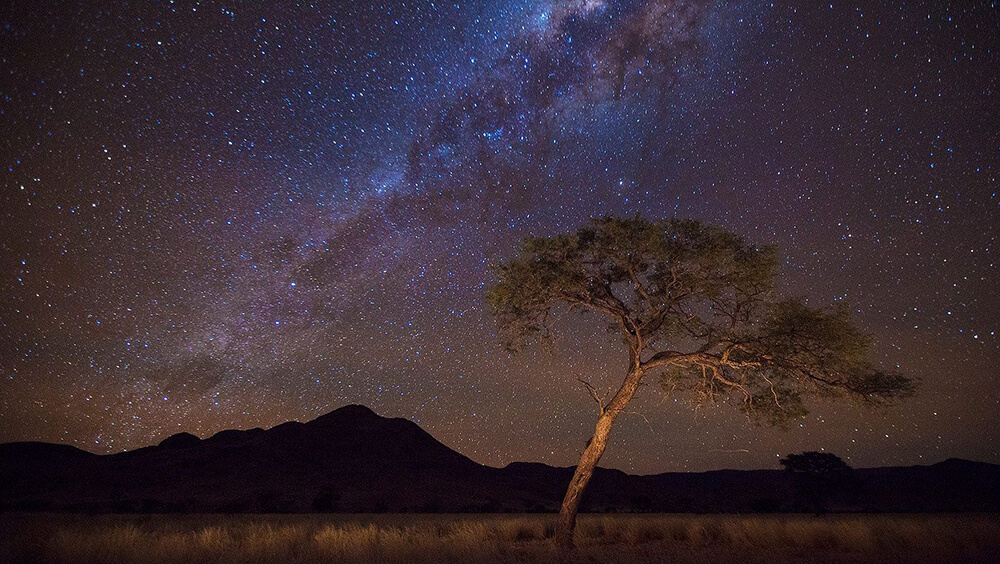 Exmoor National Park, which covers an area of 267 square miles, has a magnificent coastline, wilderness covered with heather, woodland surrounded by mountains, and ancient farmland.

The rich and diverse landforms make Exmoor National Park a natural adventure playground. Coupled with the picturesque seaside towns, quiet villages and local residents known for their hospitality in the park, Exmoor has become an ideal holiday destination.

Not only you can enjoy exciting daytime activities; Exmoor can also bring you a different kind of enjoyment when night falls.

Exmoor National Park is famous in the UK for its dark night sky, making it an ideal spot for stargazing. In fact, the park is the first designated international dark night reserve in Europe. 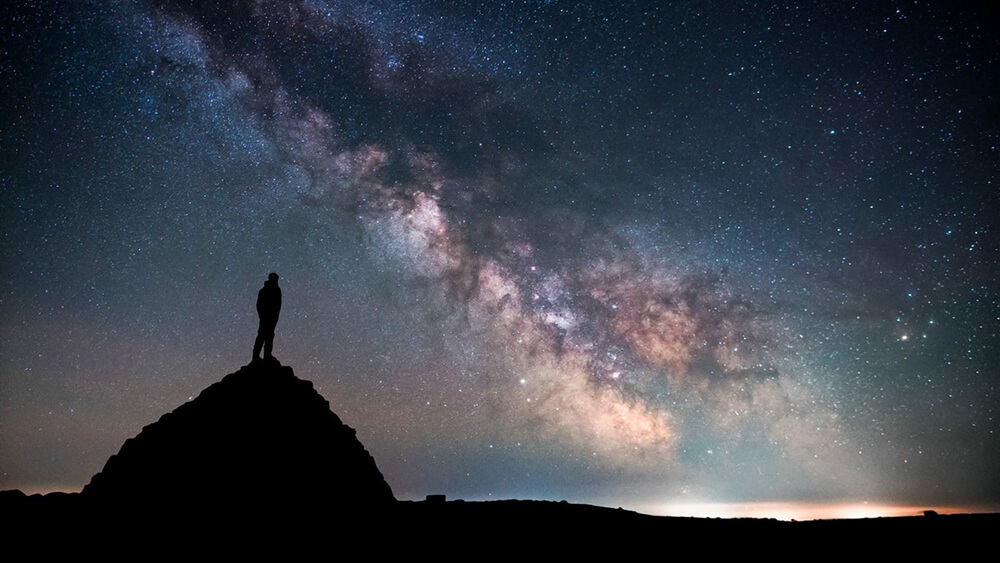 Mont Mégantic now has its own astronomical observatory and became the first designated Dark-Sky Reserve in 2007.

Located in the center of the National Park of the same name north of the Maine/New Hampshire border, this mountain is an ideal place for hiking and hiking.

Riding a bike, then camp under the stars. Mont Megantic is one of the best stargazing locations in North America. 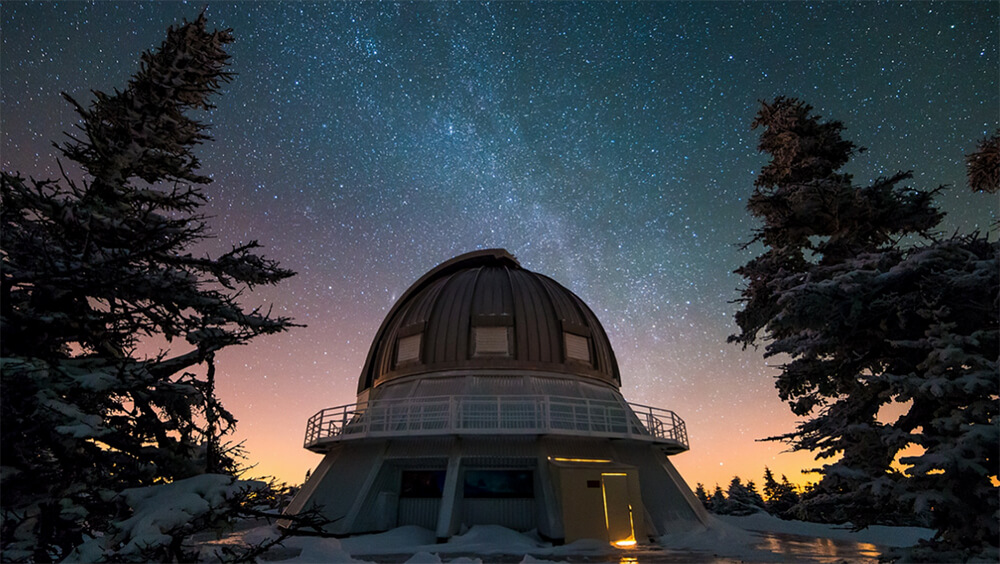 Pic du Midi is the highest dark sky reserve you can visit, which is located at the French Pyrenees.

It welcomes overnight visitors to take part in "star parties" and try traditional local cuisine. Take the cable car on a sunny day to enjoy the distant view of the snow-capped mountains, and then turn your eyes to the golden sunset and the starry night sky. 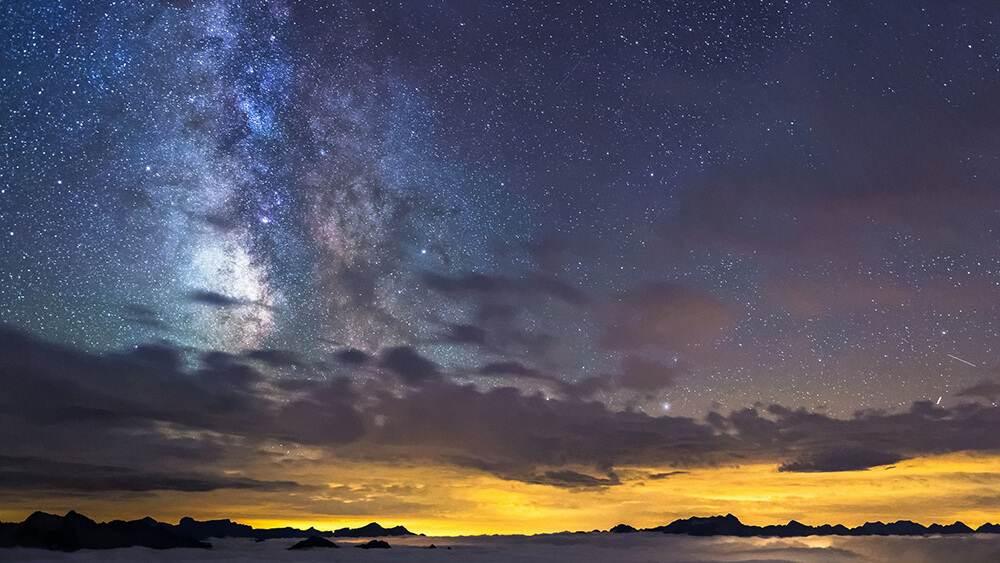 Jasper National Park is one of Canada's famous alpine national parks and the largest national park in the Canadian Rockies.

This park was declared a World Heritage Site by UNESCO in 1984. Sky is pure clear here, and it is one of the cleanest places on earth.

The stars you can see at the "Jasper's Dark Sky Festival" in October are beyond your imagination. 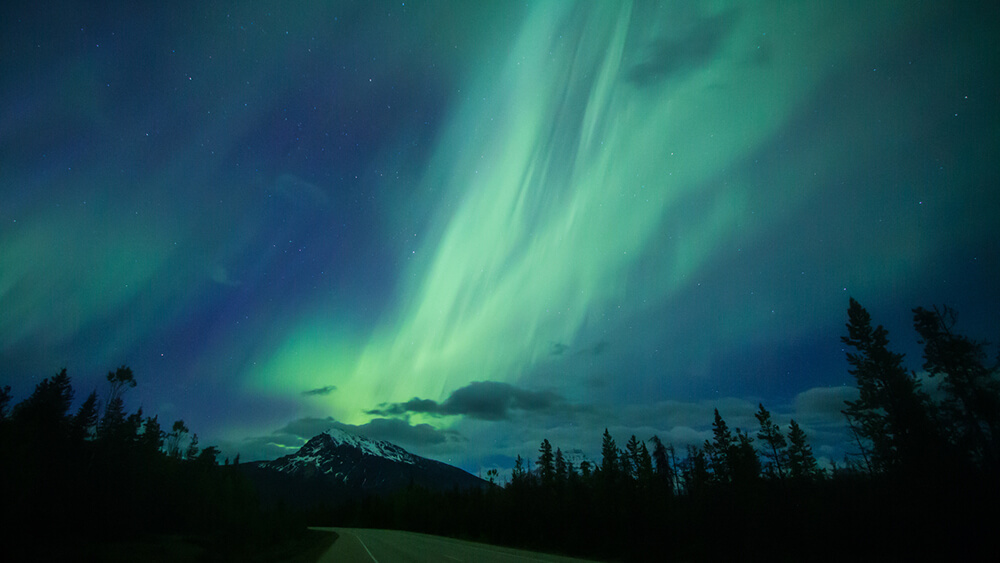 The area between London and the south coast of England is one of the very few remaining places in the country for dark sky stargazing. 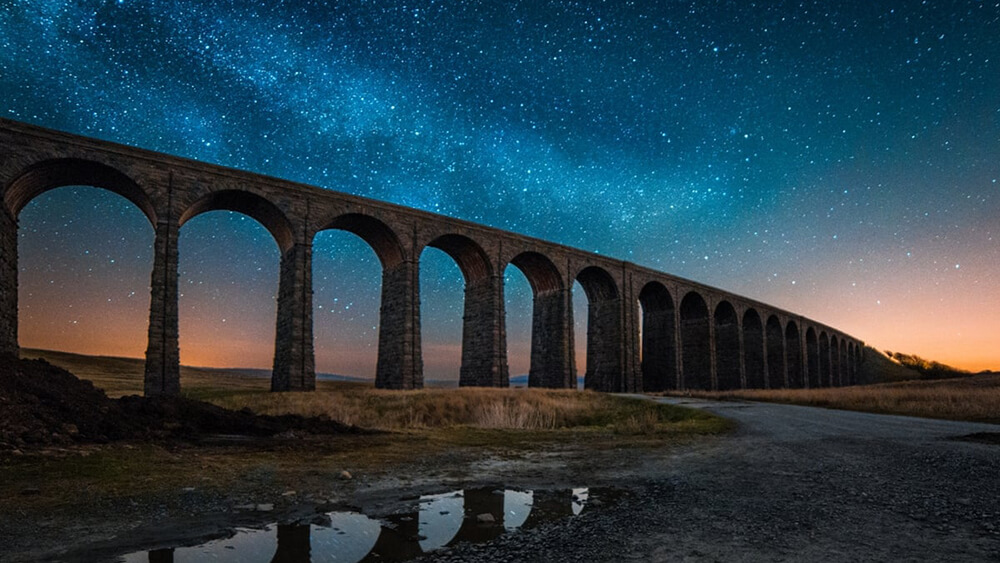 The Mackenzie Basin in New Zealand has been declared a near-no light reserve, which includes Lake Tekapo and Mount Cook National Park.

Its observatory is owned by the University of Canterbury for research purposes, and the area has many educational opportunities for interstellar travel that can guide you through the depths of the New Zealand night sky.

Mount Cook is the highest mountain in New Zealand, located in the midwest of the South Island. There are 22 mountain peaks over 3000 meters (10,000 feet) high in the surrounding area, which are covered with snow all year round. It is an extremely charming at night here. 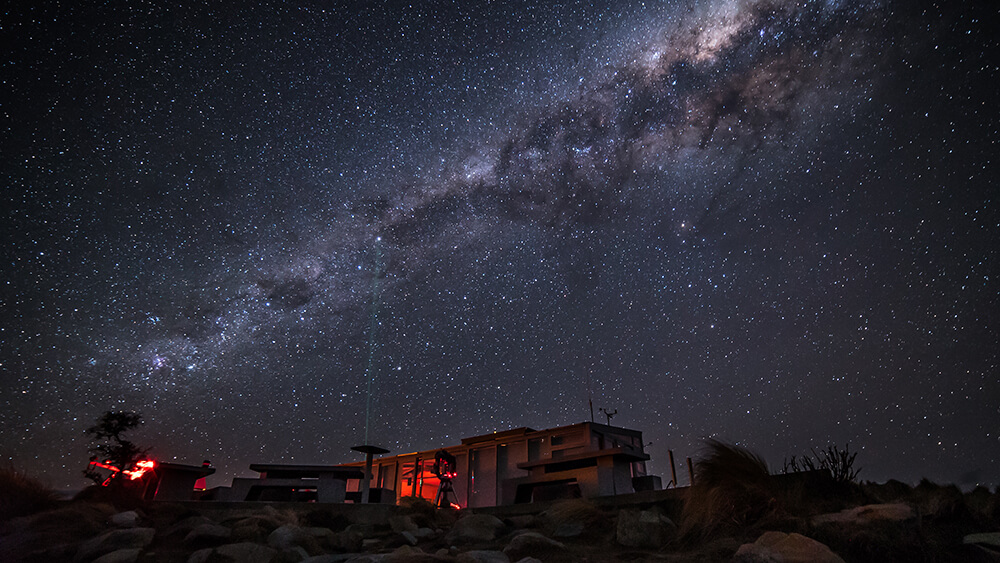 Ireland's only "Dark Sky Reserve" is also the only place in the Northern Hemisphere that has a "gold" rating, which means that its light pollution is almost zero.

Nevertheless, the location of the reserve on the Wild Atlantic Way is not far away. There are hotels, bars, chocolate factories and beaches, and it is perfect for overnight stays. 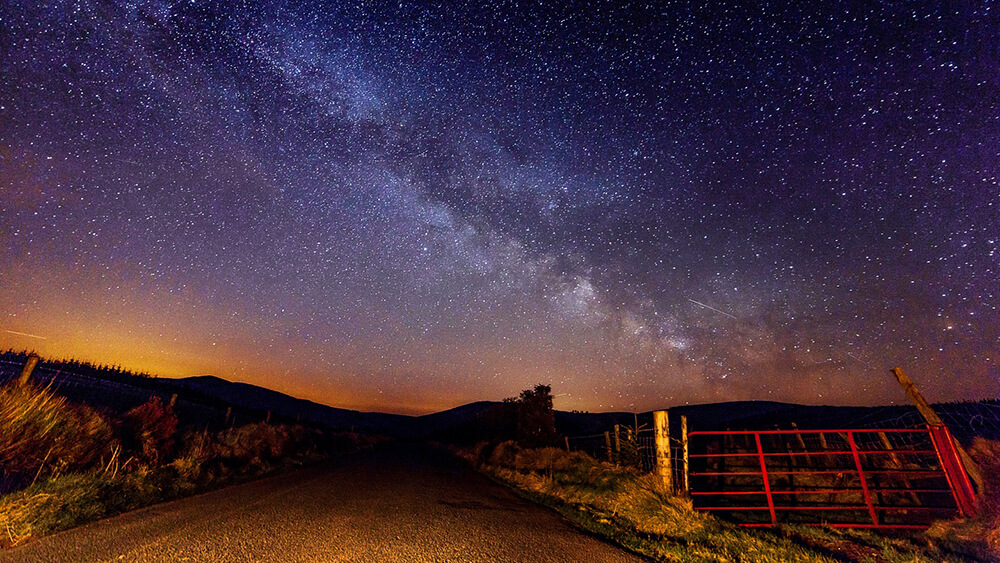 Westhavelland Nature Park is only one hour away from bustling Berlin. It is a dark sky reserve and is as popular among astronomers as tourists.

Westhavelland is not an ideal place for camping or night trekking because of wetland. However, the park hosts an annual "star party" every September to attract tourists from Berlin. 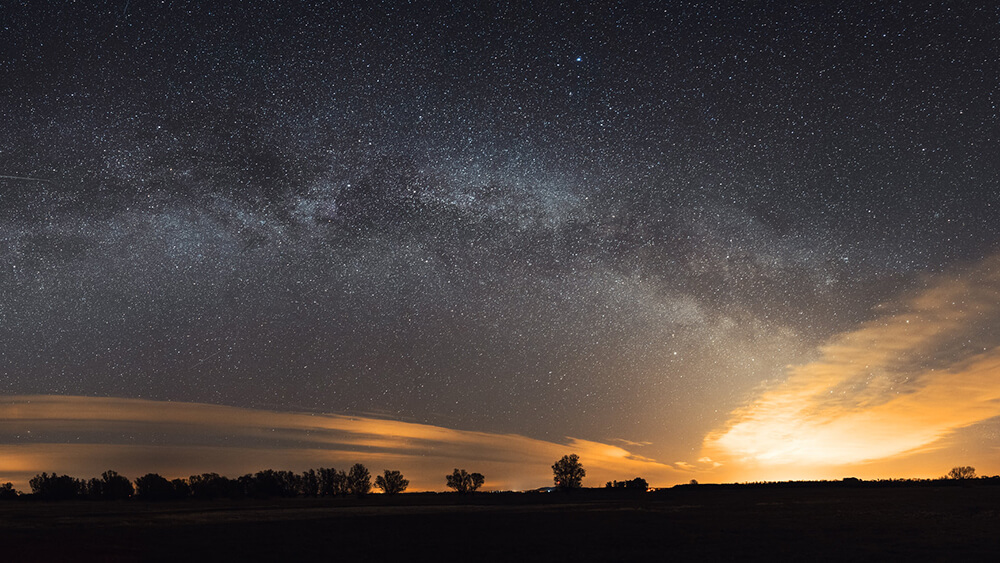 Wales, located in the southwest of Great Britain. There is a picturesque national park called Brecon Beacons, which became the 5th "International Dark Sky Reserve" in the world in 2013.

After being designated as a protected area, relevant regulations have been implemented to protect the Brecon Beacons National Park from light pollution.

In Brecon Beacons National Park, we can enjoy the Milky Way, constellation nebula, and even meteor showers in the night sky. 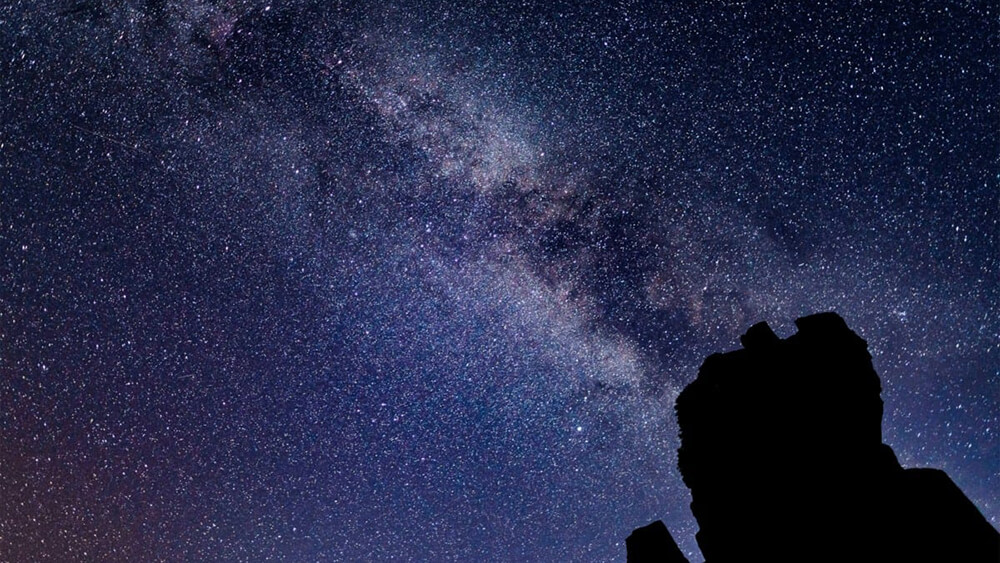 The Ngari area dark night reserve in Tibet Autonomous Region of China has been officially put into operation recently. It is expected to become an Asian dark night reserve, providing high-quality night environmental protection for the world's astronomical observatories and for astronomers.

The Ngari Dark Night Reserve covers an area of 2500 square kilometers, including the core area and the outer area.

Near the Ngari Observatory, a dark night protection area with an area of 2500 square kilometers has been set up, which has a starry sky experience area, a telescope observation area, and a platform specially prepared for starry sky photography. 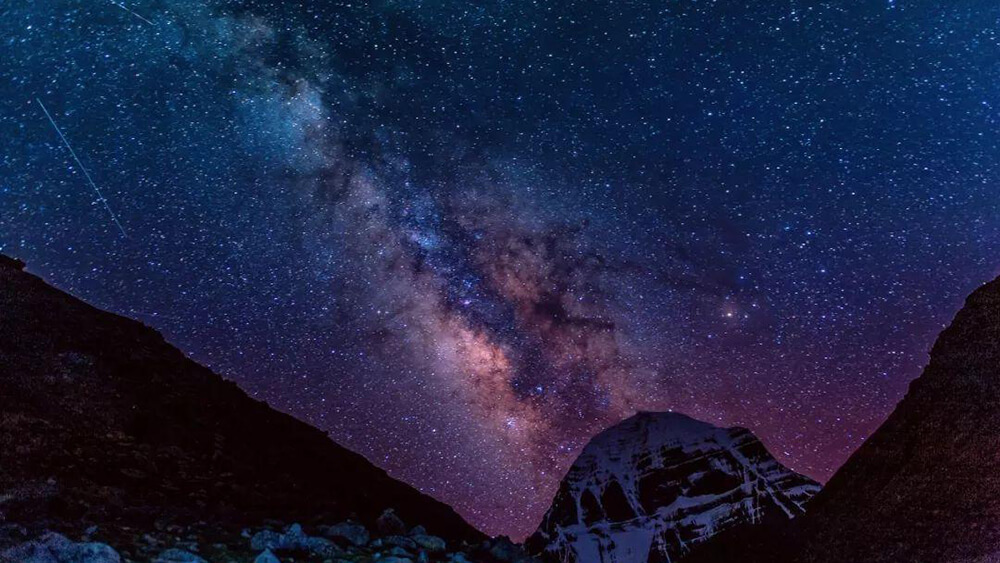 Dubbed the "land of endless horizon," Rhön is a UNESCO Biosphere Reserve in addition to a dark sky reserve.

The hills of Rhön span Bavaria, Hessen, and Thuringia, and hikers looking to explore the terrain can investigate Hochrhöner Trail.

From hiking to stargazing to touring the Fulda River on kayaks, there's no shortage of things to do in Rhön, which is nestled right in the center of Germany. 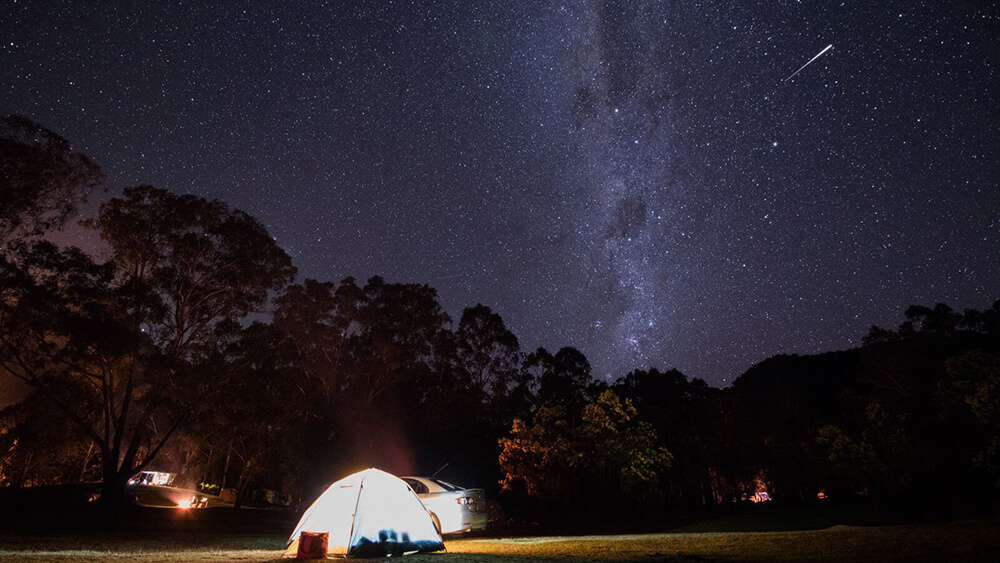 Cherry Springs National Park is located in Porter County, Pennsylvania. It was established in 1922 and covers an area of ​​106 acres. It is named after a black cherry tree in the park.

It is one of the world's four largest dark night parks and is known as the most beautiful park on the east coast of the United States. It has been listed as one of the top 20 must-see attractions in Pennsylvania.

Cherry Springs National Park is the second dark night park recognized by the International Dark Night Association. It is well-known for its perfect view of the Milky Way.

In addition to viewing the starry sky, Cherry Springs National Park is also the best place for camping, picnics, hiking, mountain biking, and snowmobiles. These popular entertainment activities are always accompanied by the vast starry sky. 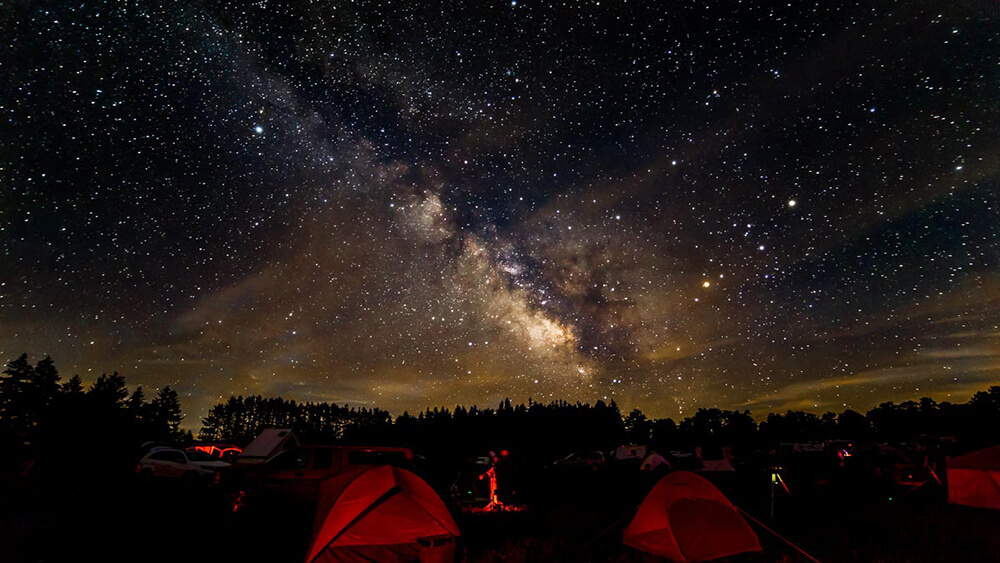 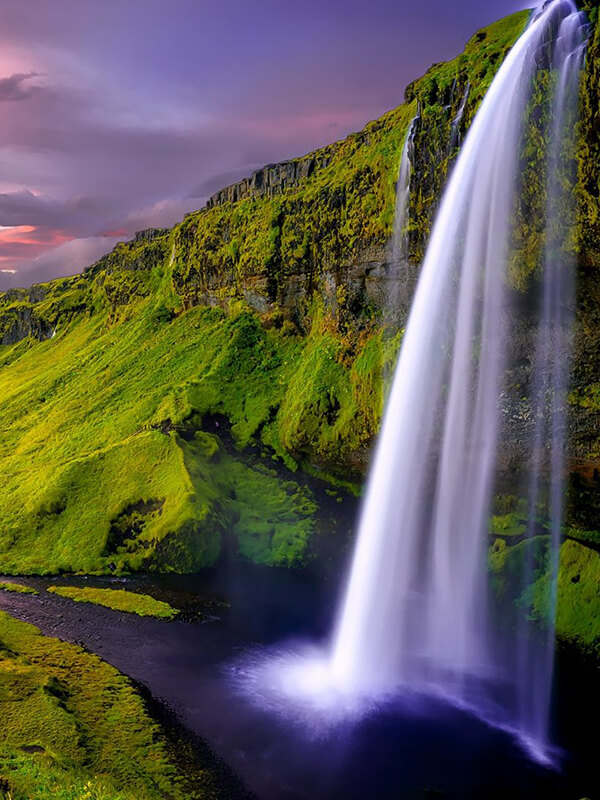