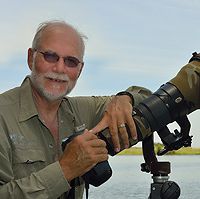 One of the best photography tour leader in Africa

Was born and bred in South Africa and over the many years, I've had the privilege to not only live and travel throughout our magnificent continent and abroad, but to truly be touched and inspired by the stories the natural world tells.

If you have ever been on a safari in Africa I am sure you can acknowledge the breathtaking ambiance, the majestic wildlife and the warm and wonderful people you encounter on your journey. The same can be said for many fantastic countries I visit every year.