The Faroe Islands: 'Spiritual Station' on the Atlantic

The Faroe Islands: 'Spiritual Station' on the Atlantic

In the short summer in Northern Europe, the warm currents of the North Atlantic have greened the small islands on the sea and bloomed with breathtaking scenery. This is the Millennium Garden on the Atlantic Ocean-the Faroe Islands.

This archipelago of 18 islets on the edge of the Arctic was rated as a must-visit place in a lifetime by "Lonely Planet" in 2013; it was also listed as the top 50 most beautiful islands in the world by "National Geographic".

Winding coastlines, magnificent fjords and waterfalls, as well as picturesque villages and mountains. There are vastly underrated natural beauty and primitive villages that are not disturbed by tourists.

The island is dotted with medieval churches, small fishing villages, and old shepherds’ houses. The rural landscape stretches across the steep mountains.

Due to the high latitude, there is no natural tree in the whole island. Fog occurs more than 200 days a year. In the midsummer season, the whole day is only dark for one to two hours.

For the inhabitants of the islands, they are the Faroese first, followed by the Danes. They have their own language, Faroese, closely related to Icelandic, and are closest to the language used by the Norwegian Vikings.

Main animals on the islands

Faroe is also called "the Island of Sheep", the "happy home" of 80,000 herding sheep. Lazy sheep walking or lying on the grassy grassland are enviable for their leisure and contentment.

On the island, you can also find the habitat of puffins.

Puffin, commonly known as the little penguin by many people, actually it is not easy to see them!

It is only possible to come here for about 2-3 months each year, usually staying on the cliffs and beaches. 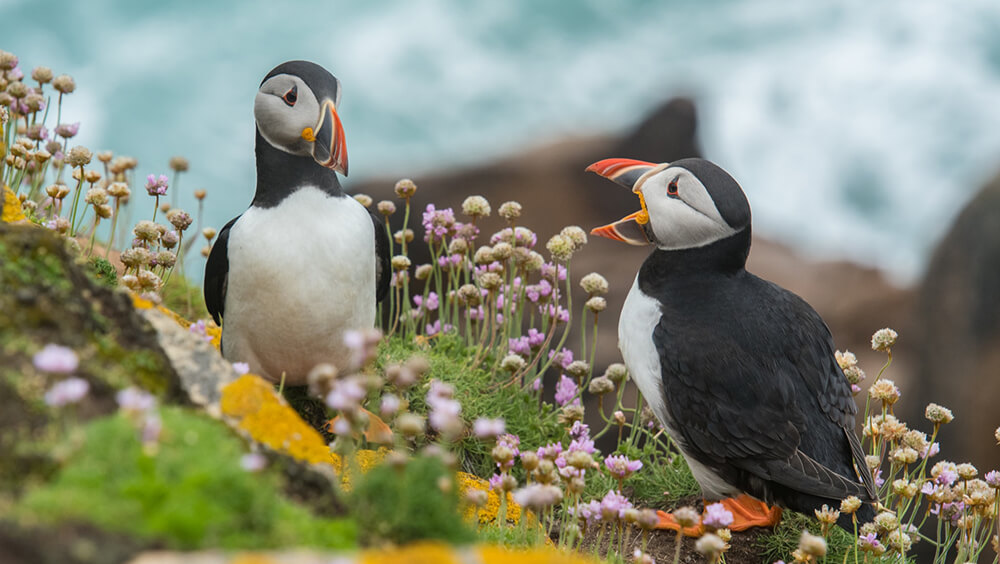 The capital of the Faroe Islands and the largest city, Torshavn, has more than 20,000 residents. There is a unique colorful fish market in the city, but according to the locals, its business hours are very variable-the fish market will only open when the fishermen return from fishing.

Not far from here, Chilchuboul was the place where the first settlers, the Celts. It is full of pastoral scenery, with thatched roofs and dark wooden walls scattered among the green nature. 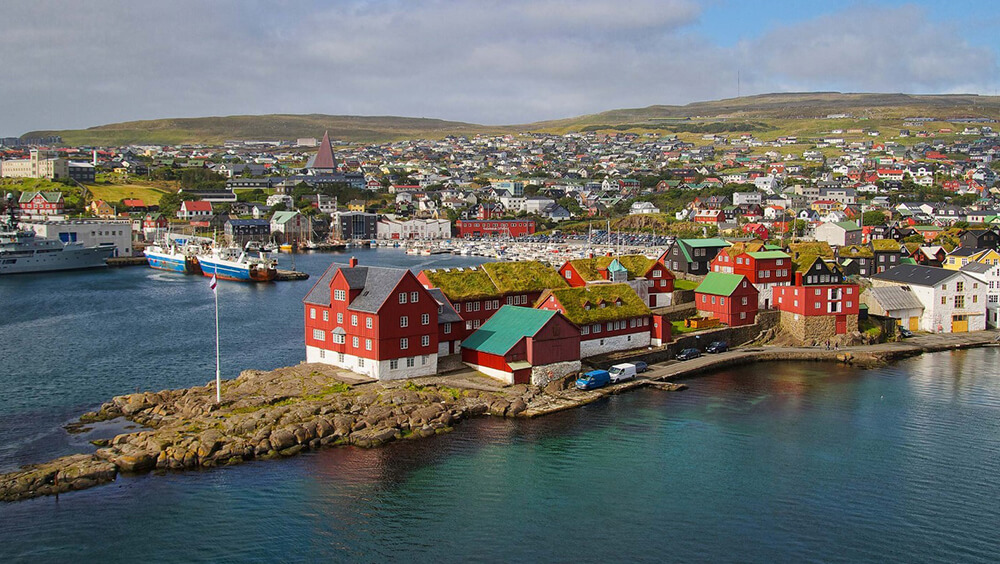 The Gásadalur waterfall at the westernmost point of Vega Island often appears in magazines and is a classic view of the Faroe Islands. The waterfall is very spectacular, the water rushes down into the air, and then splashes on the basalt rock wall tens of meters below.

For hundreds of years, the village of Gásadalur near the waterfall has been the only "desired place" on the Faroe Islands without road access. More than 50 villagers in the village go out entirely by trekking or horseback riding, and the postman has to travel across the mountains to deliver letters. 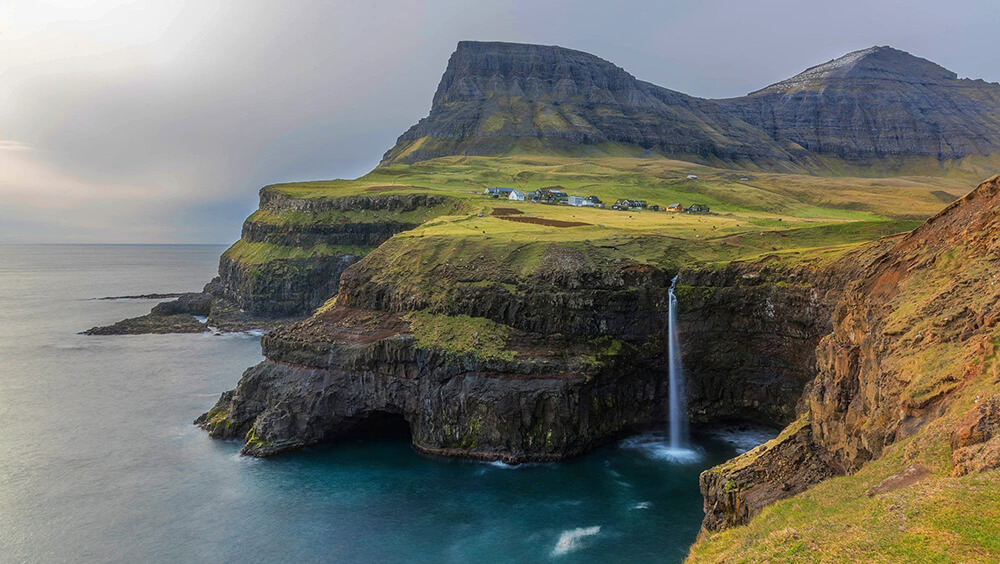 On a headland on the north side of Kals Island, there is the Karul lighthouse. Travelers who climb the lighthouse against the strong wind can have a panoramic view of the sea and neighboring islands. The shock of the soul belongs to the most adventurous spirit. Of the brave.

Sometimes, the beauty of nature is beyond our imagination. The Faroe Islands’ independence in the depths of the ocean proves that even though they are remote and lonely, some people still enjoy such a quiet and beautiful life.

Sometimes, the beauty of nature is beyond our imagination. The Faroe Islands’ independence in the depths of the ocean proves that even though they are remote and lonely, some people still enjoy such a quiet and beautiful life. 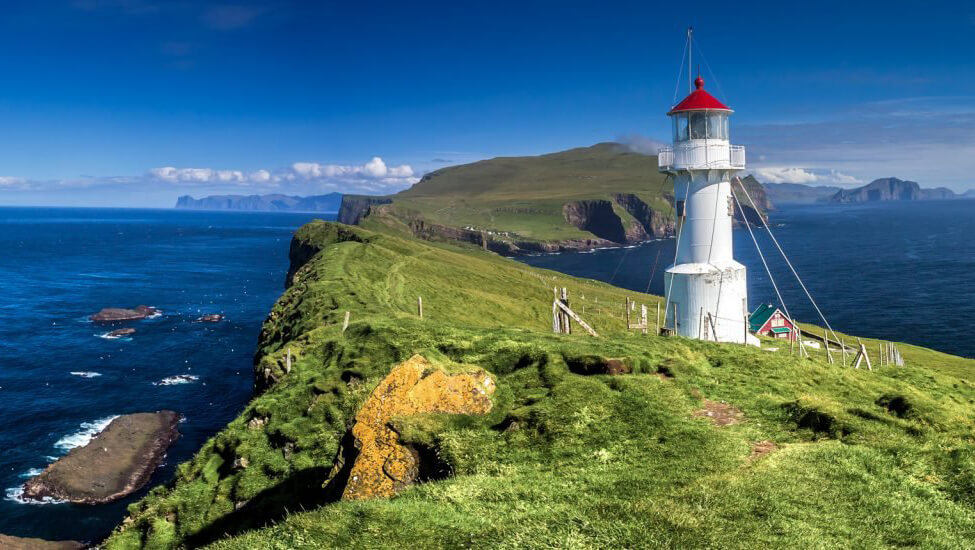 How to travel on islands?

The main islands are connected by roads and there are buses, but the most distinctive ones are ferries and helicopters.

The ferries have fixed operating schedules. Tourists can apply for a 4-day or 7-day transportation card at the airport to take unlimited buses and ferries.

Helicopters can be booked by phone or e-mail.

It is a good way to enjoyt the beauty of the islands from above. 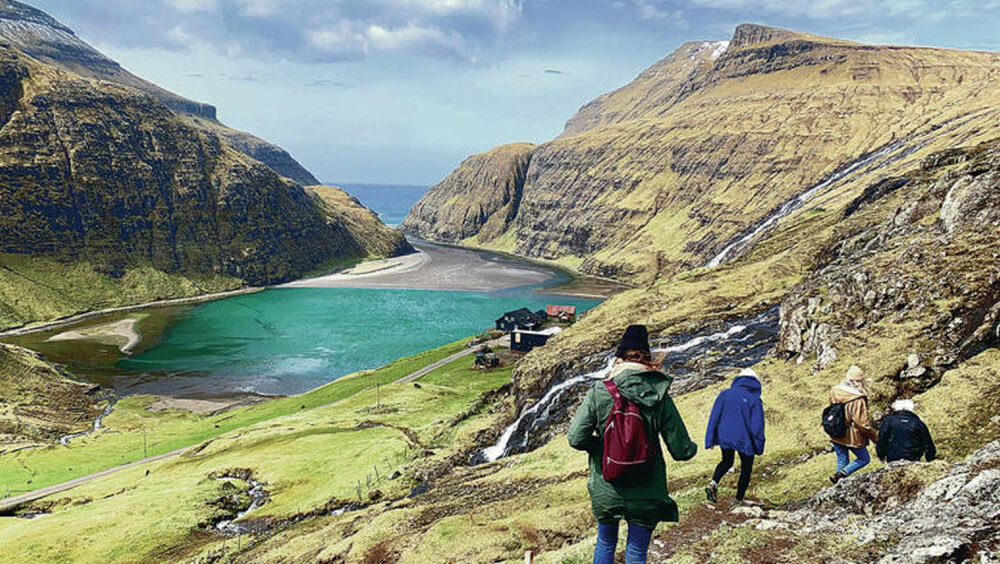 The most convenient entry to the Faroe Islands is from Denmark.

The Faroe Islands belong to the Danish autonomous region. If you go there, you must apply for an entry permit through the Danish embassy.

There are two flights from Copenhagen to the Faroe Islands every day.

You can also go by boat, if time permits. I recommend by flight. To go by boat, you have to go to Aarhus first, and then take the railway to the pier where you take the boat. In this way, the journey will be at least two days.

Of course, you can also take a plane from Reykjavík, Iceland or take a boat from the east of Iceland. But first going to Iceland is more troublesome than going to Denmark, because you still have to apply for permission from the Danish Embassy.

Planning to visit the Faroe Islands?

Find out local guides' information: We Are Guides in Faroe Islands 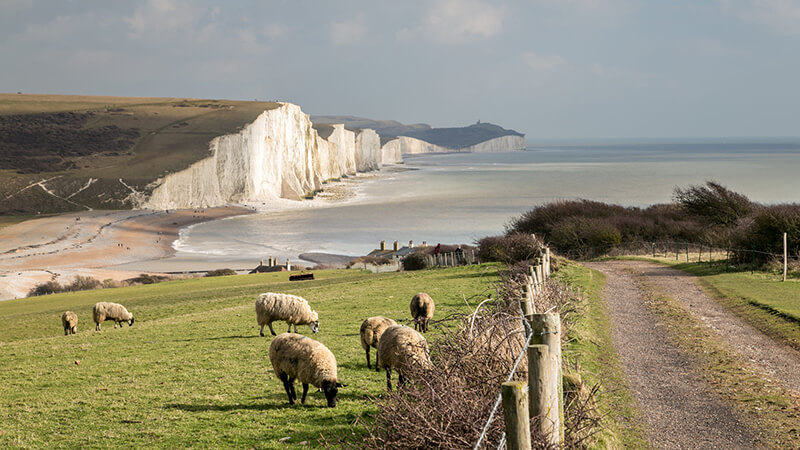