These 12 wildlife photographers are from 9 countries, they are professional and experienced workshop leaders and instructors. Find a tour or workshop on their websites and meet these cool guys there. 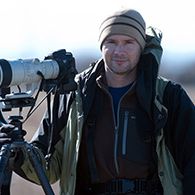 For nearly two decades, Max has been photographing wildlife, travel and sports professionally. He is the most recent winner of the Wildlife Photographer of the Year Black and White category, had the most commendations of any photographer in the 2017 Windland Smith Rice Awards, and is a two-time winner of the MalaMala Photographer of the Year competition. Max’s work has appeared in such publications as Africa Geographic and ESPN the Magazine, and has been displayed at the Smithsonian Museum of Natural History in Washington, D.C., and the Natural History Museum in London.

Max leads photo tours in the Pacific Northwest, Yellowstone and overseas, with a heavy emphasis on biodiversity and destinations that offer a variety of subject matter. 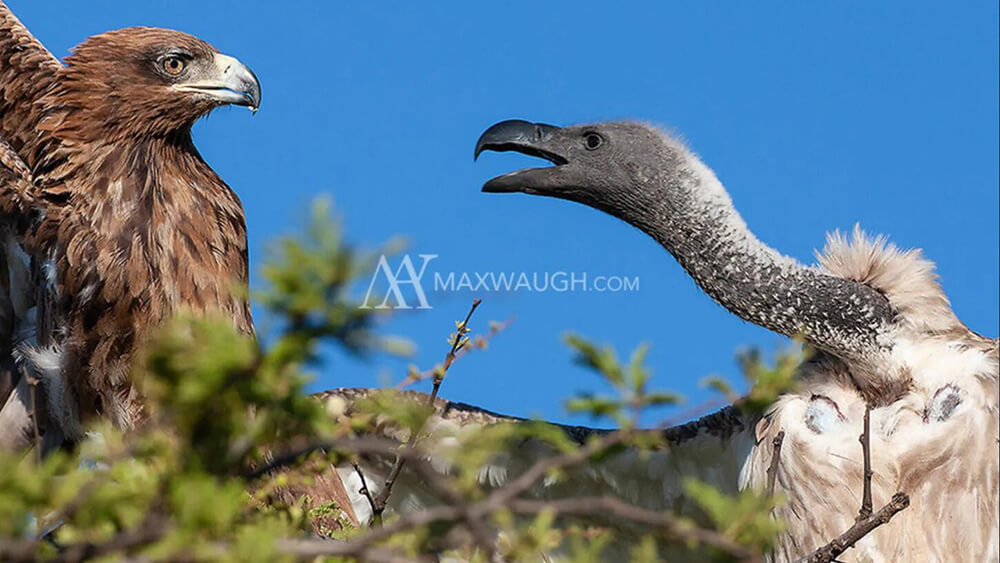 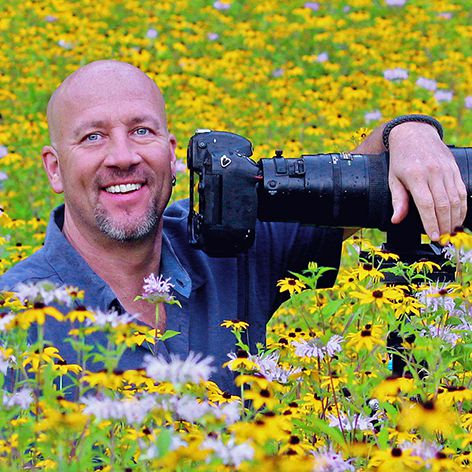 Over the course of his 30-year career, Steve Gettle has spent countless hours creating hundreds of thousands of photographs capturing nature’s beauty around us. Steve’s images communicate his love for the wildlife and the wild places of our world. 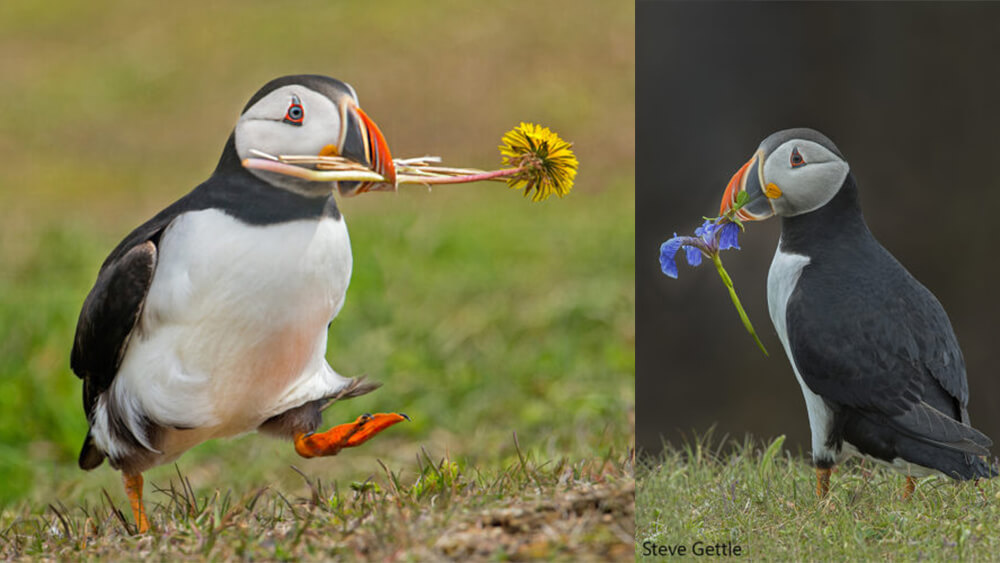 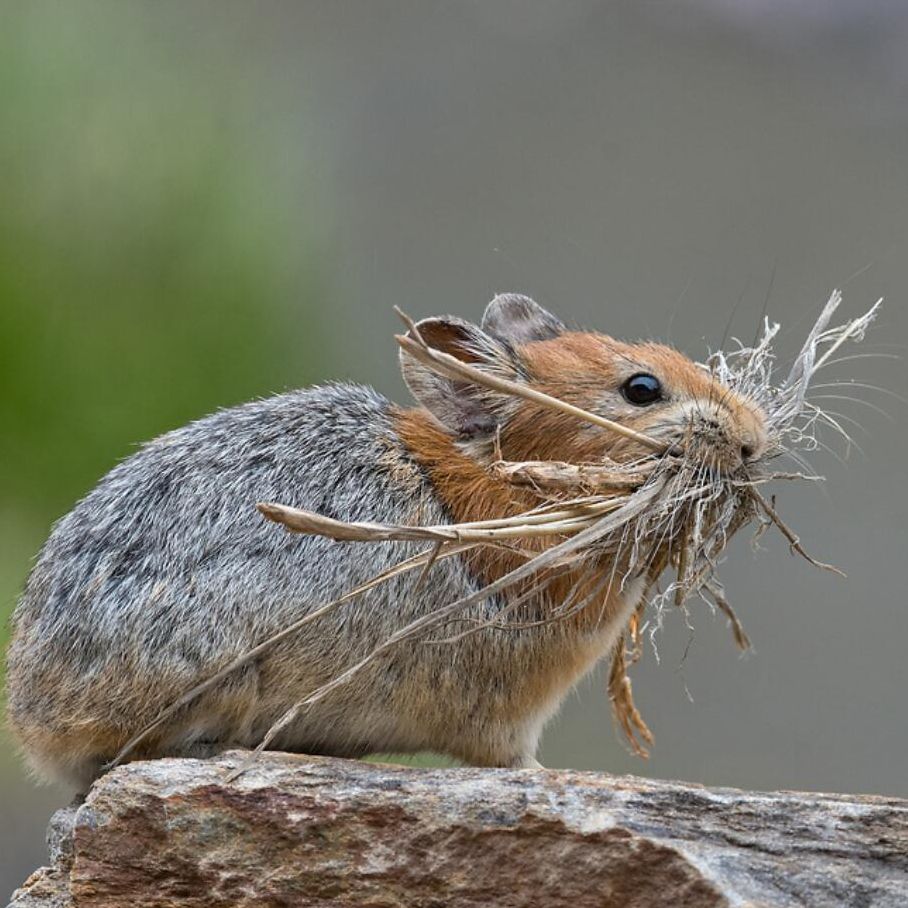 Shreeram MV is a nature and wildlife photographer based in Bangalore, India. Over the past decade, he has explored and photographed in the diverse landscapes of India, including rainforests of the Western Ghats, high-altitude deserts of trans-Himalayas, grasslands and salt marshes of Western India, deciduous forests of South and Central India, coastal eco-systems of Western India, islands of Andaman and Nicobar, mangroves of Sunderbans and Coringa and urban and industrial landscapes.

His articles and photographs have been published in diverse print and digital magazines such as National Geographic Traveller, Nature inFocus, Sanctuary Asia, Saevus, Lonely Planet India, Terrascape and JLR Explore. My team won the Yes Bank - Saevus Trailblazers Award in 2014 for their story on Lion-tailed Macaques of Valparai.

He mentors amateur photographers through Darter Photography (www.darter.in), where he focus on traveling to less explored places and habitats. 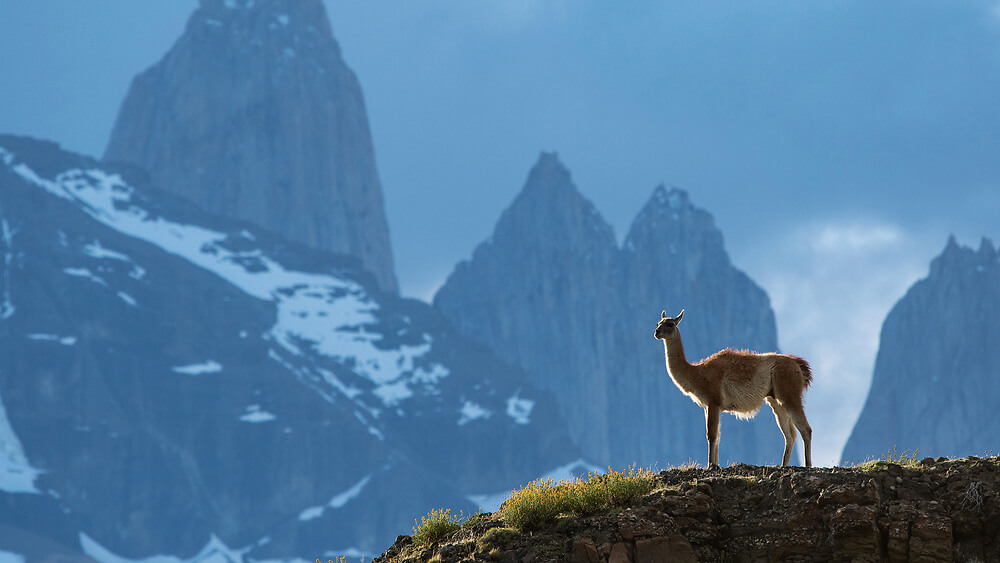 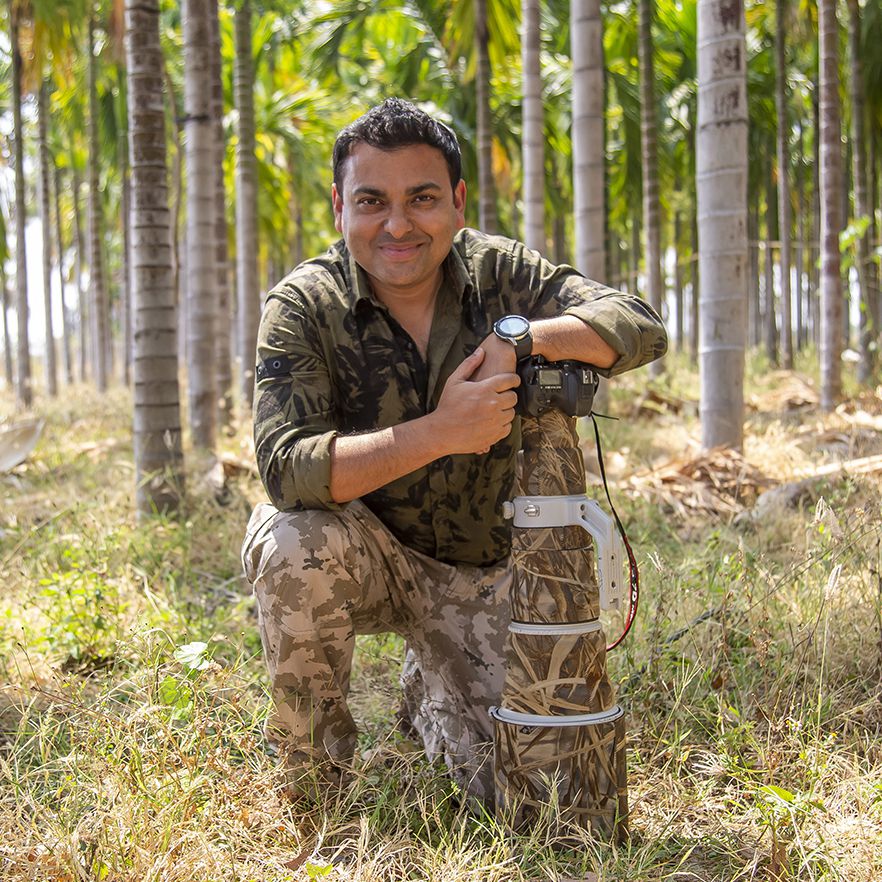 Avishek Roy is a successful and award-winning wildlife photographer, traveller and entrepreneur, whose images have been recognized in various competitions and exhibitions.

What began as a hobby a decade ago turned into an integral part of his lifestyle and profession. He loves to connect and get others connected to the beauty of nature by travelling to various corners of the country, soaking in all that the place has to offer, even beyond the obvious.

He also loves expressing stories of the natural world through his photography, travelling across, challenging himself in new locations and documenting the wildlife that live there. All of his images are captured in the wild. His photography draws from knowledge gained through the various tours to forests in the country. 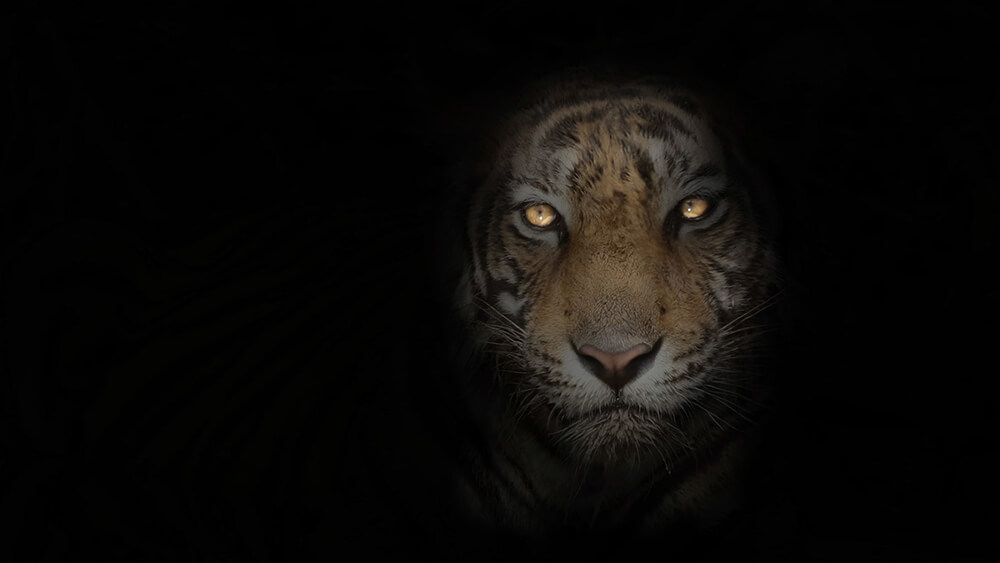 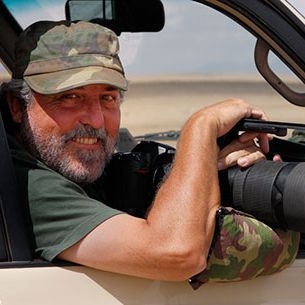 Born in Turin, Italy, in 1961, Paolo Torchio came to Kenya in 1990. A keen photographer since childhood, he was immediately captivated by the African wildlife and wilderness areas that he encountered, and quickly made the country his home. He has lived and worked in Kenya ever since.

Paolo has travelled widely in Kenya, and – increasingly of late – in other parts of Africa as well, including Madagascar. His photography aside, he has played an active role in various wildlife conservation projects in Kenya, often in association with the Kenya Wildlife Service.

Paolo’s work has appeared in a host of other Kenyan wildlife and travel magazines, including Travel News, Kenya Birding, and About Kenya, as well as in some illustrious wildlife magazines elsewhere in the world, such as Oasis, in his native Italy, and BBC Wildlife Magazine. 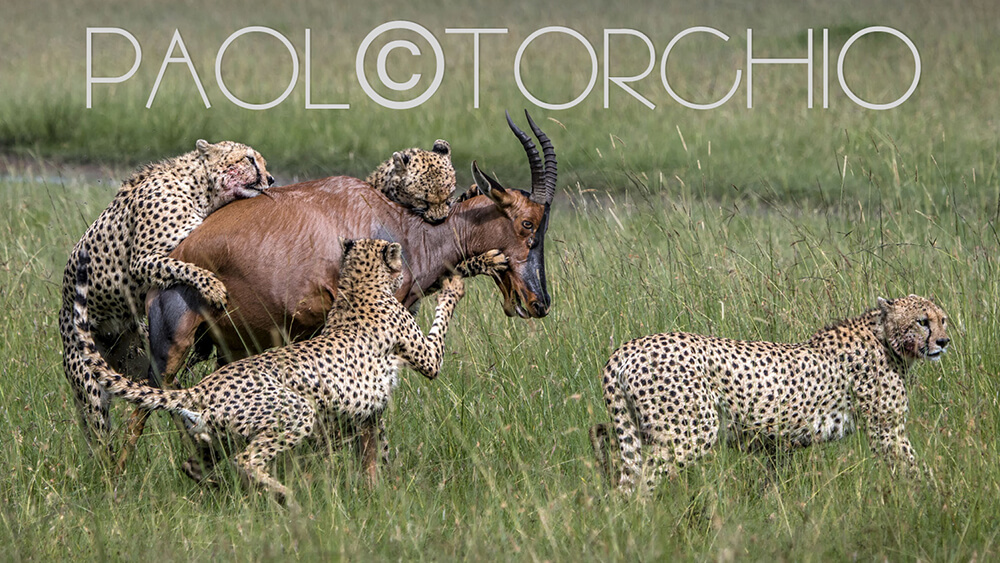 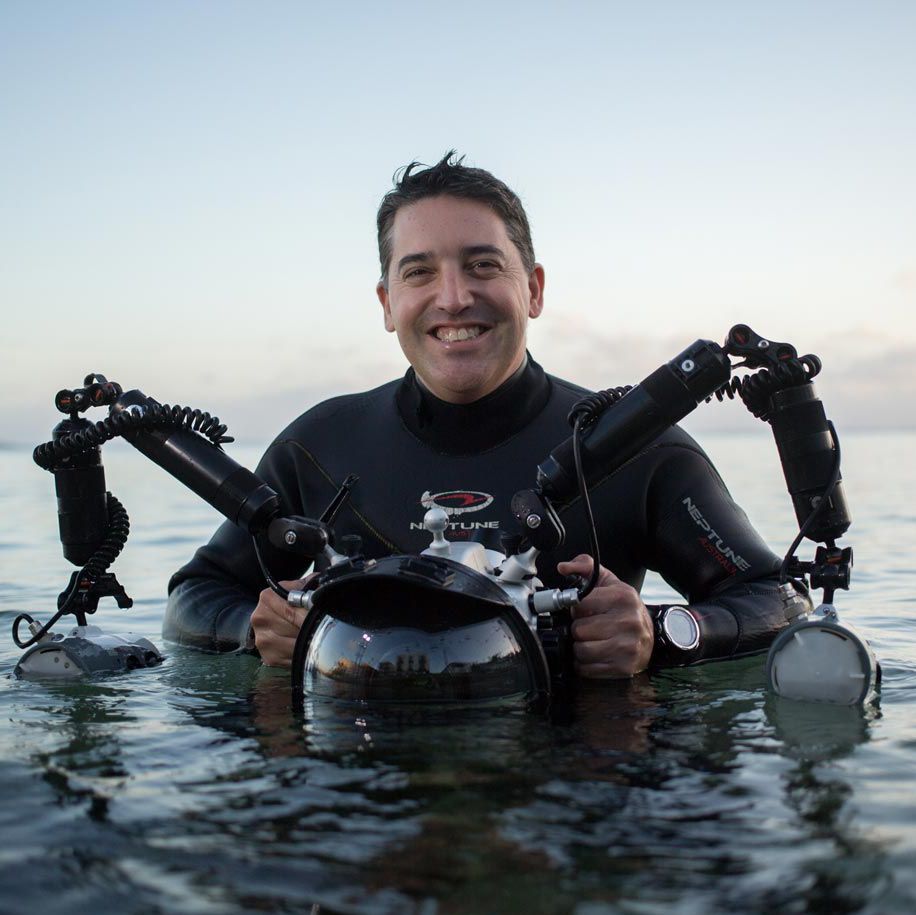 Scott Portelli is an international award winning wildlife, nature and underwater photographer. A member of the Australian Institute of Professional Photography (AIPP), he is regarded as a leading professional in his field. Scott has spent thousands of hours in remote locations across the globe filming and photographing wildlife, the underwater environment and wild places.

Scott runs photography workshops and lectures to show enthusiasts and experts alike the best way to get the most out of their photography. On his tours he specializes in underwater and wildlife photography bringing the best tips and techniques for photographing in challenging locations. 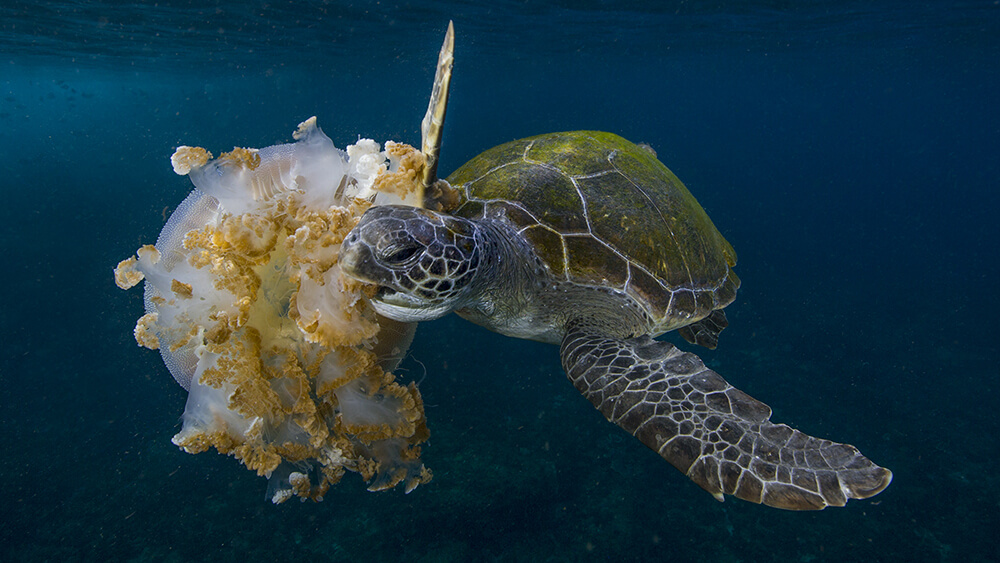 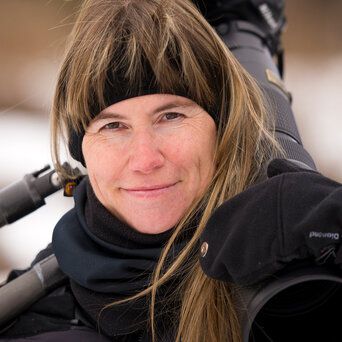 Daisy Gilardini is a conservation photographer who specializes in the Polar Regions, with a particular emphasis on Antarctic wildlife and North American bears. She is from Switzerland originally, and is now based in Vancouver, Canada.

Since 2018, she has been a photographer in residence with Canadian Geographic. 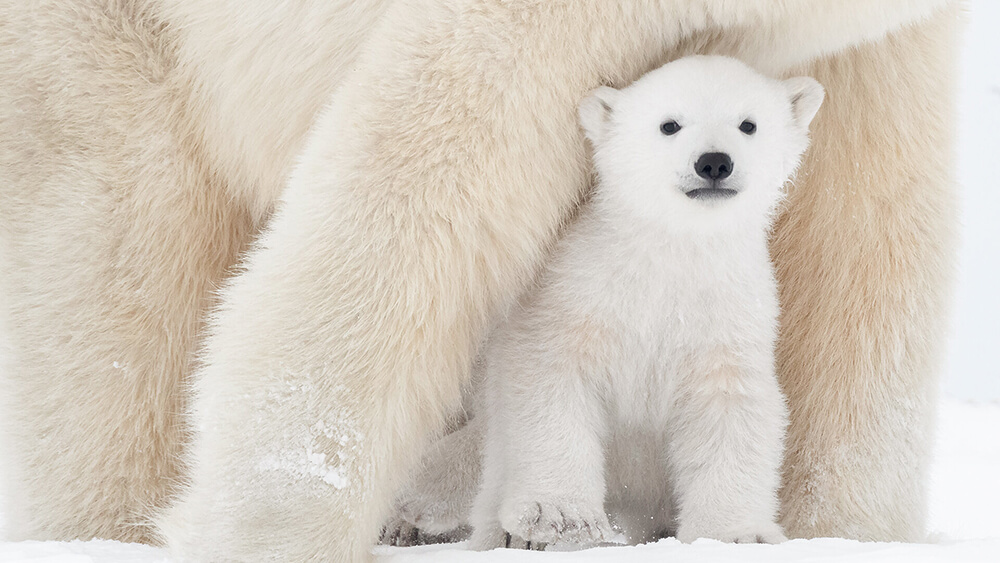 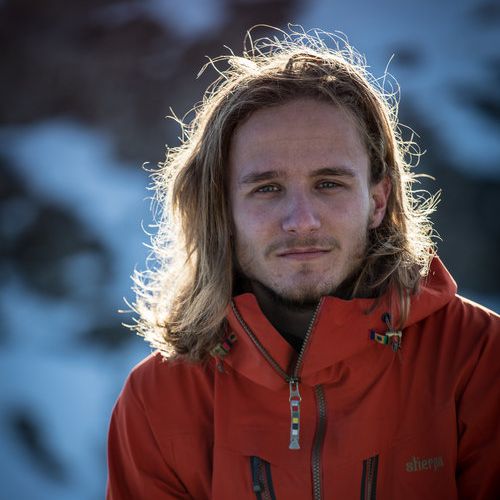 Harry is a wildlife & landscape photographer currently based on the stunning Isle of Skye in Scotland.

An experienced guide, he has worked for several years in the Scottish Highlands, including at the world-renowned Aigas Field Centre, as well as in the incredible Canadian Rockies. A degree in Zoology means he can wax lyrical about whatever you happen to be looking at, whether that be an eagle soaring past, or the intricate ecological workings of a natural woodland. His priority is making sure other people get to enjoy wildlife and nature. 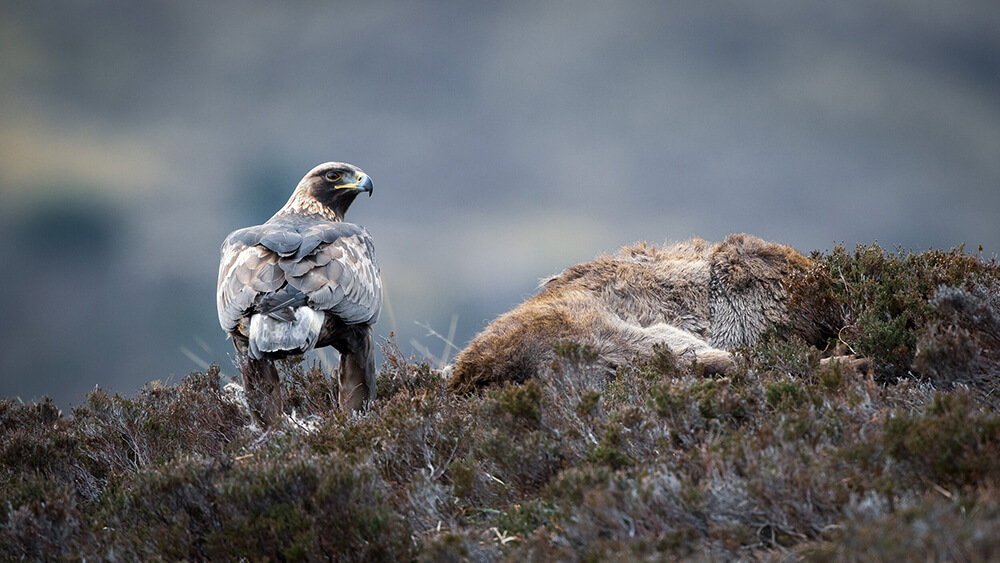 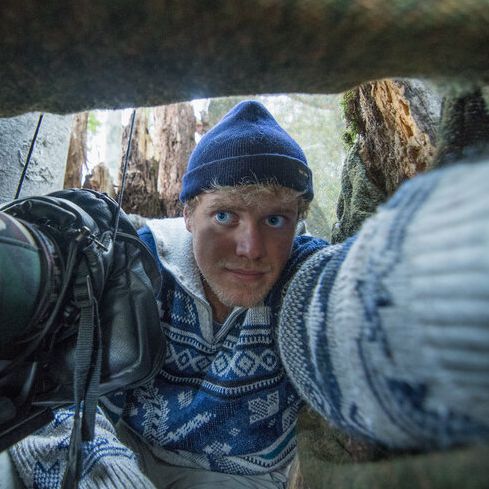 With a greater interest in the mammals and ungulates that inhabit mountains and forests, Luca lives according to the seasons and the habits of these animals ... Photography is for him a means of communicating my encounters experienced during his naturalist outings. 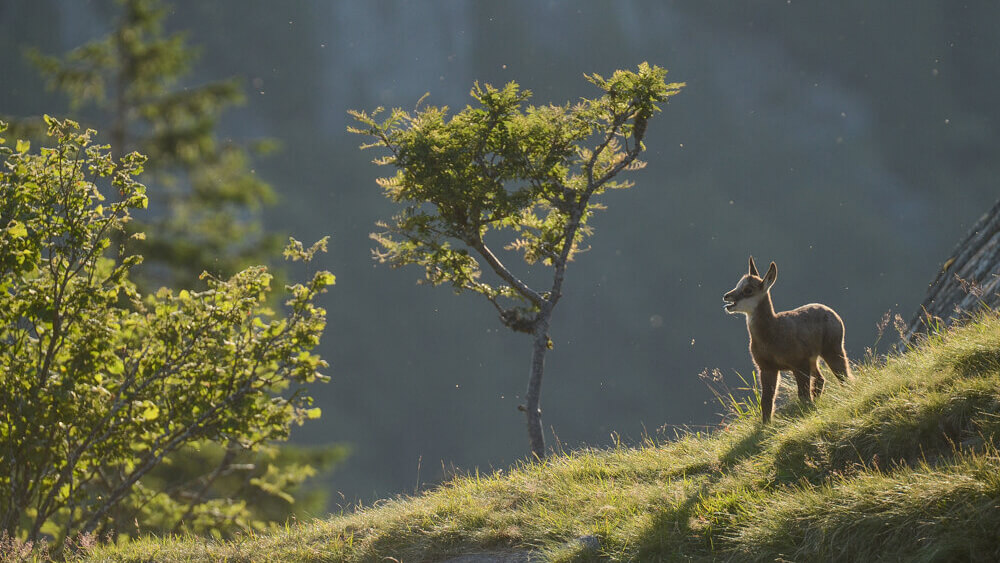 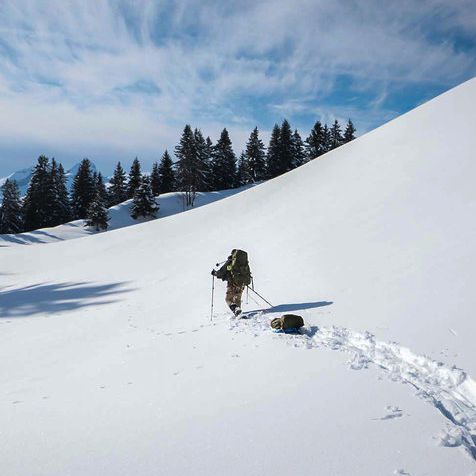 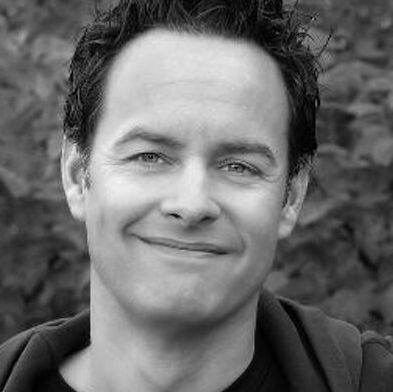 Marcel’s images are known for his use of lighting, composition, color, and perspective. In his work, Van Oosten tries to simplify, to get rid of the extraneous. 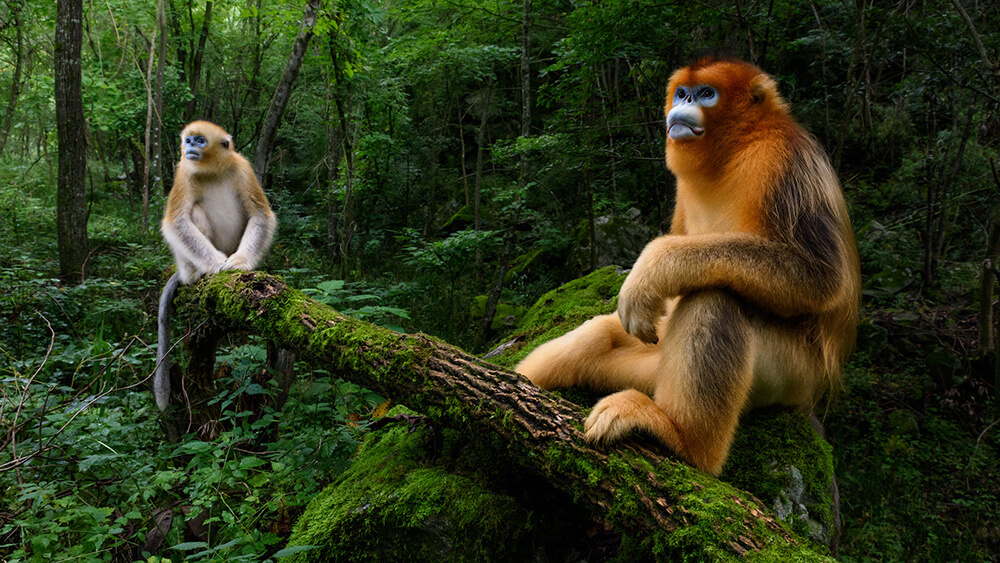 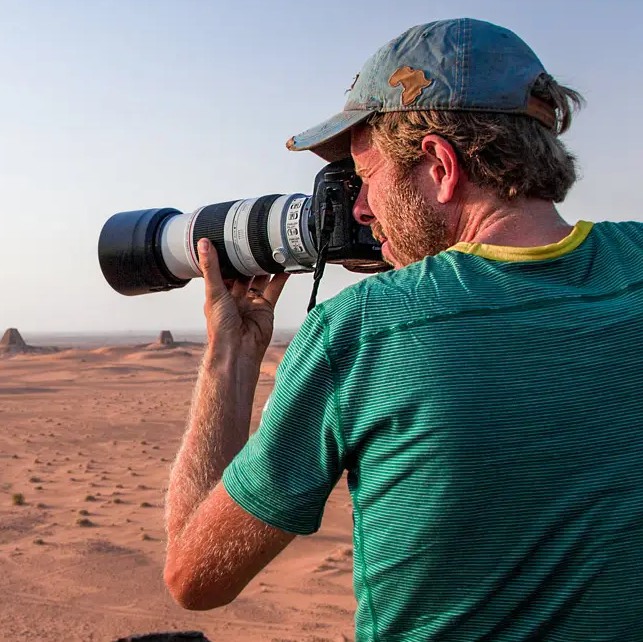 After finishing his studies he started travelling the world as General Manager for various exclusive hospitality businesses. This allowed him to live in 5 different continents. It was during these years and the associated travel to many amazing places that he became hooked on wildlife and nature photography.

Now, 25 years after taking his first pictures, he is fully dedicated to travelling the world photographing and capturing the beauty within wildlife and nature. 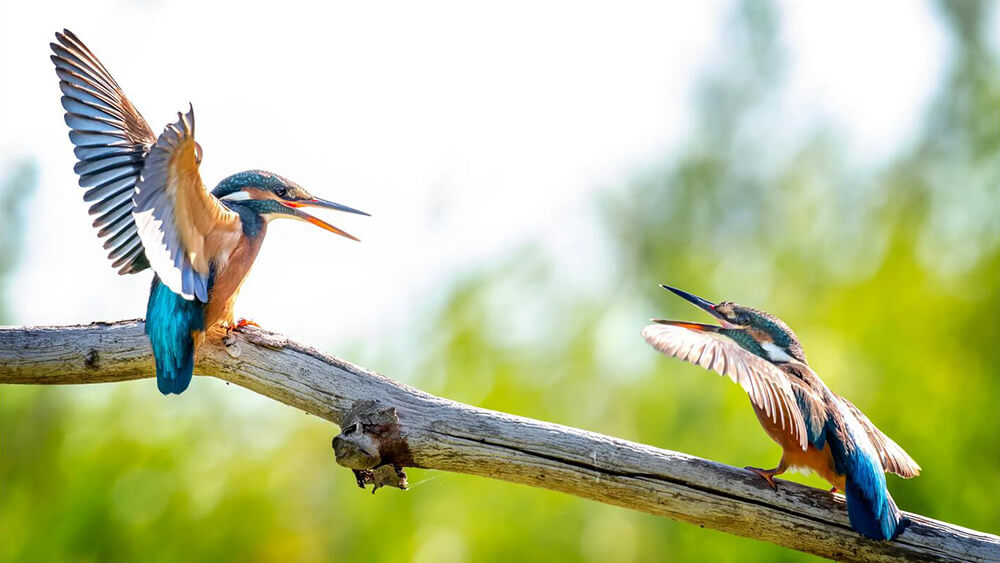 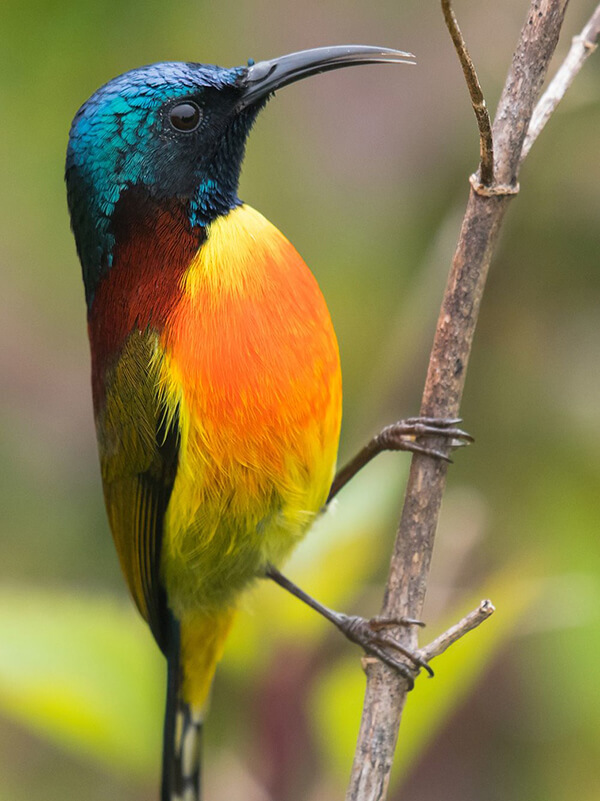